MONTICELLO – A Bloomingburg man has been sentenced on Monday by
Sullivan County Supreme Court Justice Stephan Schick to 25 years in state
prison and five years of post-release supervision for attempting to kill
his mother by driving his SUV into her home and running over her causing
severe injuries.

Vincent Ryan, Jr., 52, told State Police investigators that he wanted
to kill her.

District Attorney James Farrell said Ryan was upset with what he perceived
to be his financial treatment in the family business in Wurtsboro.

Ryan was also ordered to pay restitution for damages and medical bills
and a permanent order of protection was issued in favor of his mother.

The evidence at trial established that on May 28, 2015, Ryan attempted
to kill his mother by intentionally driving his 2005 Chevrolet Tahoe into
her home in Bloomingburg while she was inside. He drove to his childhood
home, saw his mother in the doorway, aimed the rear of the vehicle in
her direction, placed it in four-wheel drive and floored it towards her.
The vehicle broke through the exterior wall into the downstairs basement
living room pinning her underneath the SUV.

As a result, his mother suffered serious injuries including lacerations
to her head, a fractured sternum, and a compound fracture of her leg.
She was airlifted to Westchester Medical Center for life saving treatment.

This was not the first time Ryan had been convicted of driving his vehicle
into his mother’s house. Two years earlier, on May 28, 2013, he
pled guilty to criminal mischief stemming from a December 15, 2012 incident
where he crashed his car into the same house. No one was injured in the
home during that first offense and he was sentenced to probation with
an order of protection directing him to stay away from his parents, which
was in full force and effect on May 28, 2015. The jury also found Ryan
guilty of violating that previously issued order of protection. 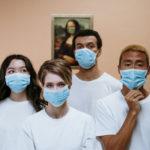 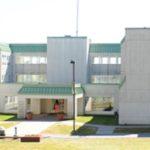 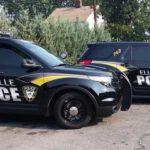 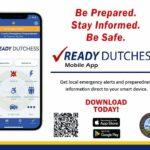