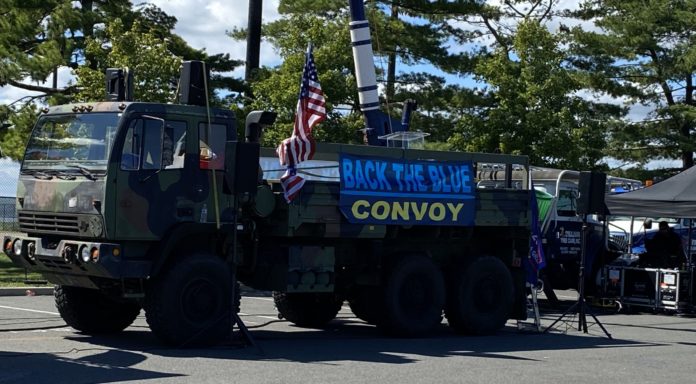 TARRYTOWN – The village waterfront was at capacity Saturday afternoon as vintage cars, motorcycles, and trucks formed a convoy to celebrate Rockland and Westchester’s law enforcement. More than a hundred citizens came out “to support their local heroes” and denounce efforts to defund the police.

While the demonstration remained peaceful, many Tarrytown residents remained apprehensive about the gathering: over 600 citizens signed a petition asking the village leadership to disavow the event in the days preceding the rally.

The rally was attended by State Congressional hopeful Bill Weber who is running in New York’s 38th district, as well as former Westchester County Executive Rob Astorino, who is running for New York Senate in the 40th district. Both men urged their supporters to vote along the republican ticket in order to “support the police and protect their second amendment rights.” Rockland County Executive Ed Day addressed the assembly via a prerecorded message, thanking those in attendance for “standing up for law and order.”