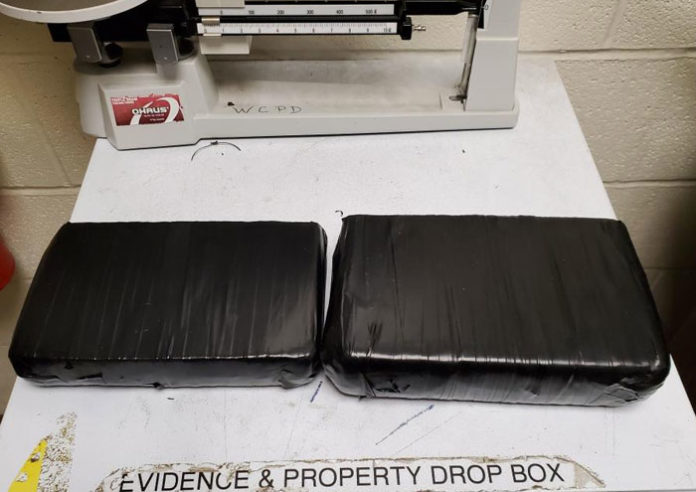 HAWTHORNE – A Connecticut man was arrested by Westchester County Police on a felony drug charge and seized more than two kilos of fentanyl during a traffic stop earlier this week.

Orlando Garcia, 42, of Waterbury, Connecticut, was charged with criminal possession of a controlled substance following a traffic stop Wednesday on the SawMill River Parkway in Mount Pleasant. He was also charged with aggravated unlicensed operation of a vehicle, a misdemeanor.

The incident began shortly after 5 p.m. when Garcia was stopped for traffic violations as he drove southbound on the Saw Mill near County Police headquarters in Hawthorne.

Garcia was taken into custody when a computer check revealed that his license was suspended and that he had an outstanding warrant for failing to appear in court to answer a charge of driving while ability impaired by drugs as a misdemeanor.

During subsequent investigation, including the use of narcotics detection K-9 Philly, officers located a sealed cardboard box in the vehicle containing 4.3 pounds of a substance believed to be fentanyl.

Garcia was arraigned in Mount Pleasant Town Court and remanded to the Westchester County Jail.

Route 17, exit 107 shut down due to fatal accident

Rockland County Jail inmate hangs himself in his cell

Kingston mayor says pandemic is factor in spike in violence