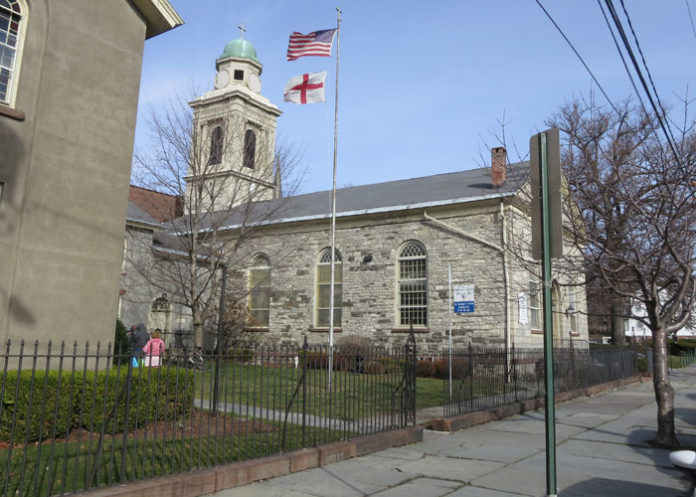 NEWBURGH – St. George’s Episcopal Church in Newburgh has been awarded a $10,000 Sacred Sites Grant from the New York Landmarks Conservancy.

The grant will help fund construction documents for foundation and tower restoration.

St. George’s, a three bay Doric structure, was built in 1817, although the congregation was formed in 1729. The church was enlarged in 1834, at which time the steeple was added.

Stained glass windows, two of which can be attributed to Tiffany studios, were added during the late 19th and early 20th century.

The congregation reaches 2,200 people a year through community activities such as a food pantry, Planned Parenthood outreach, an after-school girls empowerment program, a children’s choir, and chamber-music and choral concerts.