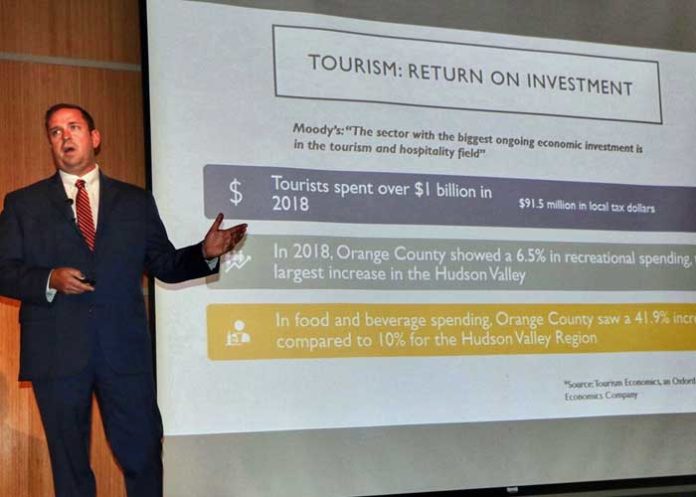 GOSHEN – Orange County Executive Steven Neuhaus unveiled his proposed $816 million county budget for 2020, a spending plan that is up $20 million from this year’s but with a lower county property tax rate – $3.73 – lower than last year’s and the 2014 rate.

“The best way to continue to reduce the tax rate, while balancing millions of dollars of state imposed mandates, is to work with the private sector to create economic opportunities,” he said in his message to county lawmakers and the public Wednesday evening at the emergency services center in Goshen.

Neuhaus said the county has “grown our funding balance back to where it needs to be, settled labor contracts, repaired roads and bridges, and invested in our parks.”

Moody’s Investors Service upgraded the county’s bond rating to Aa2 with a stable outlook from a lower Aa3.

Neuhaus announced the county will budget $4.4 million for hotel occupancy tax, up from $1.3 million in 2014.