Zurhellen, a 15-year English professor at Marist, took a sabbatical to begin walking from Portland, Oregon to Poughkeepsie in April.  His undertaking was called “Vet Zero” to raise awareness about veteran homelessness and suicides.

Statistically, there are over 40,000 homeless vets every day.  Zurhellen wanted to raise one dollar representing each homeless vet.  As of Friday afternoon, he had raised close to $50,000.

He walked 22 miles per day, with each mile representing one of the 22 vets who commit suicide each day in America. The Vet Zero moniker was given in hopes of reducing both numbers to zero. In recognizing those statistics, Marist President Dr. Dennis Murray said, “It’s not enough just to thank them (veterans) for their service if we’re not willing to support them when they return home.”

Zurhellen is also commander of the VFW Post 170 in Poughkeepsie which was the birthplace of the walk idea. “This was a project born out of frustration,” he said.

“The basic question behind the project is can one person change the world; can one person do anything to make the world a better place,” he said. “So, I used this summer, these four or five months, to do everything I could possibly, just leave it all in the field and just see how much could one person do.”

The commander said that veterans approach him daily with requests for some type of help.  Zurhellen teamed with Hudson River Housing and Dutchess County’s Vet2Vet program to help as many as possible but realized that more needed to be done.

The money raised from his 2,860-mile, eight-state walk will go to Hudson River Housing (HRH) in Poughkeepsie and the Mental Health America’s Vet2Vet program, also in Poughkeepsie.

HRH Executive Director Christa Hines said her agency has many programs aimed to help veterans and Zurhellen’s assistance is helping to improve them.  “He’s our own hometown hero and he’s so inspirational,” said Hines.

Adam Roche of Vet2Vet is a battle-hardened Marine and close friend of Zurhellen.  When he took the podium to address the very large crowd, Roche looked at Tommy and said, “What you have done here is absolutely amazing – Mission accomplished!”

Roche also explained that his agency helps veterans with a wide array of issues including peer-counseling and credited Zurhellen with raising tremendous nationwide awareness of the suicide and homeless problems faced by veterans.

Of the walk, Zurhellen said “I learned what it meant to be a homeless vet and it’s not pretty,” as he briefed the crowd on his journey.

Addressing his Marist colleagues, Zurhellen said “This is the kind of stuff we should be doing.  Our students are the people who want to change the world.  We tell our students to go out and change the world but we never seem to try and do it ourselves.”

The afternoon ceremony also included Dutchess County Executive Marc Molinaro declaring August 23 as “Tommy Zurhellen Day” and the professor was also recognized with the New York National Guard’s second-highest honor, the New York Conspicuous Service Medal.  Authorized by Governor Andrew Cuomo and the legislature, the medal is awarded to any individual who shall have distinguished themselves by exceptionally meritorious service in a capacity of great responsibility. 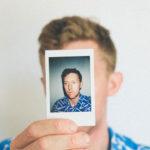 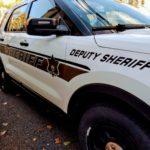 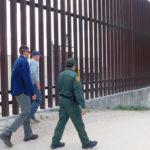 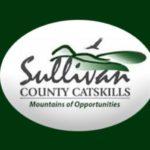