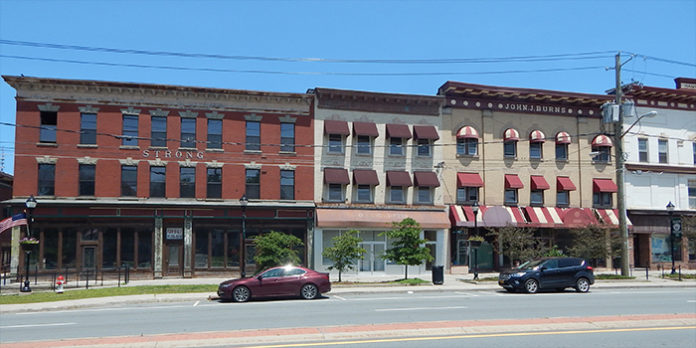 “There’s a perception that we have a high vacancy rate on Broadway because citizens don’t want to locate there and that’s probably true to a certain extent,” Flad said. “But to a larger extent, we’re down some businesses on Broadway because the buildings are not habitable and are in need of investment. The cost of making those buildings habitable is high.”

The other would grant an eight-year exemption from taxes imposed on the increased value of a nonresidential property because of increased assessed value resulting from a conversion or physical upgrade.

In years nine through 12, the exemption would gradually decrease. Full assessment would be in place beginning with year 13.

“It’s a win-win for the village and for the developer, but it’s a win for the village in that by providing the abatement, they are maintaining the current taxes on the building with the long-term view of having a more valuable building in the future that’s going to increase their tax base.”

Sorensen said the hope is this will drive a needed substantial private sector investment in rebuilding Broadway.

Both measures require passage by the full legislature at their monthly meeting next week.