WHITE PLAINS – Westchester County Executive George Latimer, Friday, signed legislation that expands the type of harassment that can be prosecuted under the law.

Under previous law, it is unlawful to discriminate in relation to employment, public accommodations, housing accommodations, commercial space and land transactions, and the issue of credit, but the law did not protect against discriminatory harassment outside of those specific actions.

The change included in the new Anti-Discriminatory Harassment Bill, prohibits individuals from interfering with a person’s right to the enjoyment of their home or residence, or to utilize and enjoy public transportation free from threats, intimidation, harassment, coercion or violence because of the person’s actual or perceived membership in a protected class.

“As an African American woman with a business in Westchester County and a lifelong resident, it fills my heart with joy to witness such a monumental accomplishment,” said Tamika Rose of the African American Advisory Board.

Marjorie Hsu, co-chairwoman of the Asian American Advisory Board, applauded the new measure “to combat the abhorrent attacks against our AAPI community these past 18 months, often against seniors and the most vulnerable.”

Robin Bikkal of the Hispanic Advisory Board said the county’s “immigrant communities too often are the target of attacks, discrimination and harassment.”

William Schrag, president of the Westchester Jewish Council, said, “It’s gratifying to know that hate not only has no home in Westchester, but that any attempt to change that will not be tolerated in Westchester.”

James Young (he/they) of the Westchester County LGBTQ Advisory Board said, “It is exciting that this bill was introduced during Pride Month, a time of the year when LGBTQ+ identities are celebrated and honored.”

“The time is now, to bring peace and have everyone feel brotherhood and sisterhood for one another,” said Hussein Rababah of the Arab American Advisory Board. “The only race we should see and recognize is the human race.” 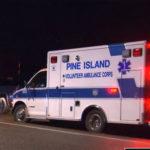 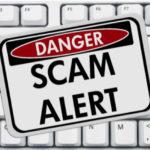