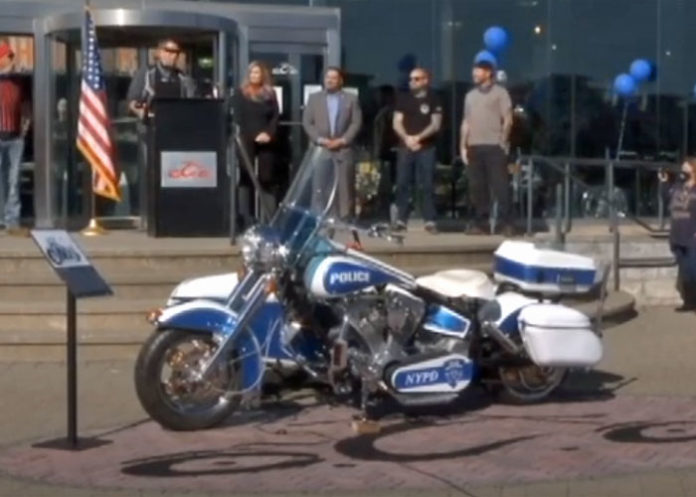 TOWN OF NEWBURGH – Orange County Choppers donated a custom-built motorcycle to Blue Lives Matter New York City. The bike, with the NYPD logo, was presented to the organization during a ceremony at the Choppers’ Town of Newburgh headquarters.

“You can look at this bike because of the feelings and what we really wanted this bike to represent for New York City, but also police all around the county, he said. “I don’t think there is a better place for this bike to go than where it’s going.”

Following a brief ceremony, a large caravan of police officers escorted the chopper all the way down to Staten Island.