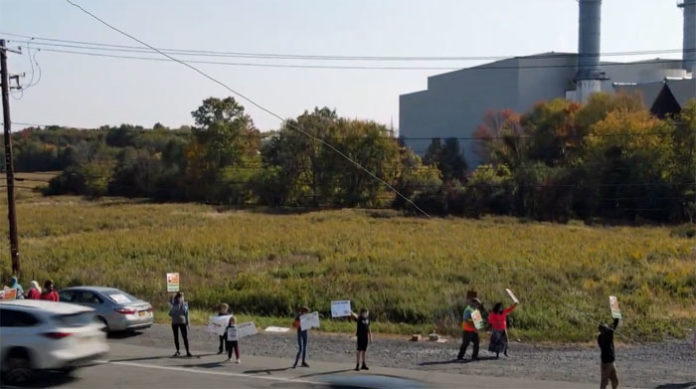 WAWAYANDA – A handful of people, led by Pramilla Malick, founder of the anti-CPV power plant group Protect Orange County, were back at the electric generating facility in Wawayanda to mark Indigenous People’s Day.
Malick said they returned to the plant, which has been operating for over a year, to remember the original inhabitants of the land.

The Protect Orange group attempted to prevent the power plant from being constructed and placed online, holding weekly protests and arguing the issues in court.