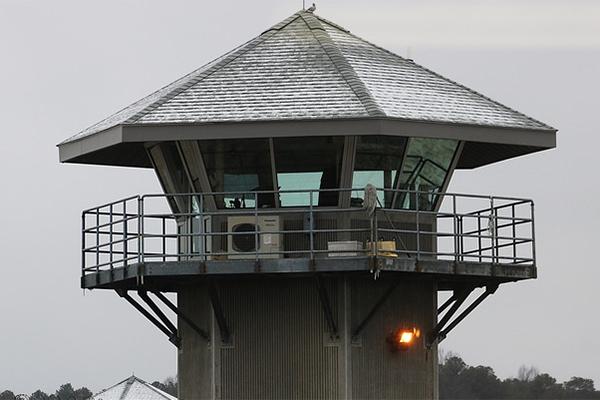 NAPANOCH – Staff at Ulster Correctional Facility in Napanoch recovered 3.3 ounces o0f marijuana from a visitor’s car in the parking lot and suboxone from an inmate’s mail at the medium security facility.

On Sunday, August 23, an officer and K-9 were conducting routine inspections of the visitor parking lot when the K-9 alerted to a visitor’s vehicle.

The visitor was located, questioned and gave staff permission to search the vehicle. Three plastic bags containing marijuana were located in the trunk.

State Police responded and took the man into custody charging him with criminal possession of marijuana.

On Tuesday, September 8, officers were inspecting packages mailed to inmates. An officer noticed one that had been tampered with. The package was opened and three plastic bags containing orange strips were inside. The 30 strips tested positive for suboxone.

The drugs, which were mailed from the Gloversville region were seized as evidence.

“The success of staff discovering drugs in mailed packages since the pandemic occurred has been incredible.  Now with inmate visits reinstated, we are seeing visitors attempting to bring contraband into inmates again,” said Mike Mazzella, NYSCOPBA regional vice president. “Even with the tremendous success staff has had detecting drugs, they are still getting into the hands of the inmates.  An inmate at Ulster was discovered by staff in the kitchen unresponsive and needed to be given three doses of Narcan to be revived from an apparent drug overdose. Until DOCCS takes proactive measures to stem the flow of drugs this will continue to be a serious problem at every prison.”