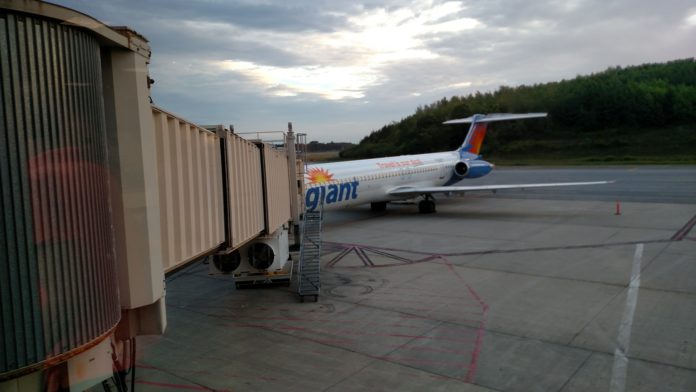 STEWART AIRPORT – As the COVID-19 pandemic drags on, the airline industry continues to take a big hit.

At New York Stewart International Airport, only one airline – Allegiant – continues to operate, and at a lesser frequency. Jet Blue, Delta, and American Airlines have all suspended their flights from the Newburgh facility.

Airport business director Michael Torelli told the Stewart Airport Commission, which met on a conference call on Tuesday, that passenger count in May was down 94.2 percent from May 2019. That was the worst month since the pandemic took hold. Passenger count fell by 64 percent in March and by 89 percent in April.

The one shining light is cargo, Torelli said.

“With the purchasing power of Americans and buying stuff from home and having it shipped, we are seeing a lot of that, not only in the air but obviously on the ground as well,” he said.

Freight, including mail transported through Stewart, saw large volumes with 4,576 tons carried in March, 4,976 tons in April, and 5,016 tons in May.

The high numbers of mail being carried are aboard the Kalitta Air to the West Coast.

As to when airlines might return to Stewart, Torelli said Jet Blue may come back in September, American may return in August and as for Delta, no date has been suggested “and that is if they return,” he said.