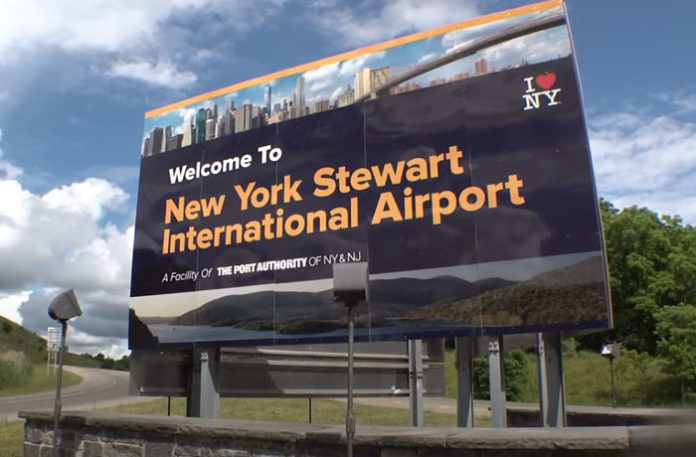 STEWART AIRPORT – The Port Authority of New York and New Jersey is giving it a second try seeking a developer to install a solar canopy system over the main parking lot in front of the passenger terminal at New York Stewart International Airport.

The developer selected to build the project last year – Forefront Power of California, withdraw its proposal last year saying it was not economical.

“It will have dual purposes – people will be protected from the sun and it will be designed to meet the entire power demand for the entire airport itself,” he said.

The facility would generate up to 2.25 megawatts of power to reduce greenhouse gases, reduce operating costs and bring lower-cost power to neighboring area residents.

The airport is teaming up with the New York Power Authority to develop the project.