POUND RIDGE– New York State Senator Pete Harckham honored Lieutenant Thomas Mulcahy of the Pound Ridge Police Department as the “First Responder of the Month” for February 2020 at a ceremony at Pound Ridge Town Hall, which was attended by the honoree’s parents, wife and two sons.

Lieutenant Mulcahy, now the second-in-command of the Pound Ridge Police Department, has served in supervisory roles on the force for the past 15 years. Some of the positions he has held at the department include Executive Officer, Acting Chief, Training Officer, EMS Instructor, and Active Shooter Training Instructor.

“Our communities are fortunate to have so many supremely dedicated first responders—police officers, firefighters, EMTs, ambulance corps members—ready to serve and assist residents at moment’s notice,” said Harckham. “Among those first responders, Lieutenant Mulcahy has long distinguished himself by his service and deeds. He is truly deserving of our recognition—and sincere gratitude.”

“The value to our community that Lieutenant Mulcahy brings with him to work every day is immeasurable,” said Town of Pound Ridge Supervisor Kevin Hansan. “Everyone here knows and respects him—he’s always there for us. Any honor we can give him, he has totally earned.”

Raised in the Bronx and Scarsdale, Lt. Mulcahy first joined the New York Police Department in 1997, then moved two years later to the Lake Mohegan Fire District, where he continues to serve as a professional firefighter. In 2000, he was hired by the Pound Ridge Police Department.

“You have made a difference in so many lives, and your bravery, skill, and passion are seen in both the lives you have saved and the communities you serve,” said Pound Ridge Police Chief David Ryan of his colleague at the ceremony. “I can think of no professional first responder that is more deserving of the recognition you are receiving here today.” 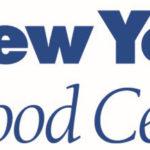 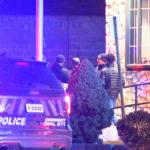 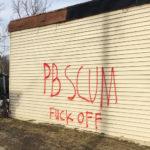 Residence hit by gunfire in Poughkeepsie