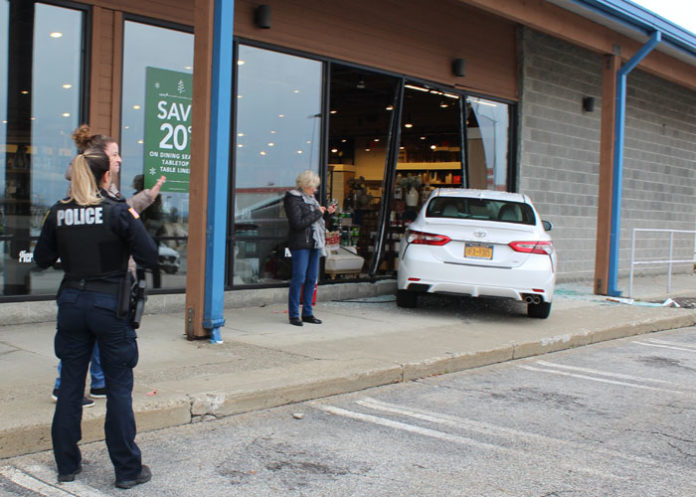 TOWN OF WALLKILL – For the second time in as many days, a vehicle has crashed through the front of an area store.

On Monday, a vehicle broke through the block wall of the Rite Aid Pharmacy on Route 9 near Marist College and early Tuesday afternoon, a sedan jumped the curb and rammed through a plate glass window of the Pier One Imports store off Route 211 in front of the Galleria at Crystal Run in the Town of Wallkill.

Town Police and local firefighters responded to the scene.

A shopper told Mid-Hudson News that this was the second time a car crashed through the same window. A similar incident occurred last year, she said.

No further details were immediately available.