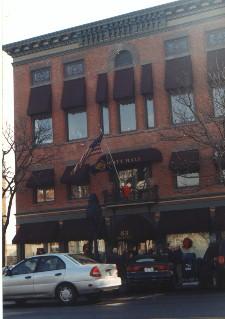 NEWBURGH – The City of Newburgh has not raised its water rates in the last six years, but it may be hiking them by 10 percent in the next several weeks given that the operation is running at a deficit.

The city paid over $500,000 in property taxes to the Town of New Windsor and Newburgh and Cornwall school districts in 2018 and that has increased by another $100,000 this year.

That is because the assessment has gone up by about $1 million because of the improvements, namely the installation of a granulated carbon filtration system to capture the PFOS and PFOA chemicals in the city’s Washington Lake reservoir system.

City Corporation Counsel Michelle Kelson told the city council Thursday night she is contesting the increased assessment. “The rationale that I am advocating is that the city and its constituents, its consumers, its customers, should not be footing the bill for that improvement because we wouldn’t need it except for the pollution of the water supply property,” she said.

Kelson noted the Town of Newburgh and County of Orange exempt the city from paying property taxes on those areas in which its water system lies.

The city has been receiving its water from the New York City Catskill Aqueduct, paid for by the state and will be signing a new five-year for Albany to reimburse it the $6.1 million cost.