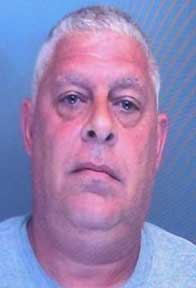 HAUPPAUGE – One of the 30 men charged with illegal dumping of construction and demolition in Ulster, Sullivan and Suffolk counties pled guilty to illegal dumping in Suffolk County Court.

Anthony Grazio, also known as “Rock,” 54, a self-proclaimed “dirt broker,”pled guilty to two counts of criminal mischief, two counts of endangering public health, safety or environment, all as felonies and misdemeanors for conspiracy and operating a solid waste management facility without a permit.

The investigation, known as “Operation Pay Dirt,” involved the use of electronic surveillance, including court-authorized eavesdropping, and physical surveillance.

The investigation resulted in a 130-count indictment against 30 individuals and nine corporations for illegally disposing of solid waste at 24 locations.

Between January and July 2018, as part of the illegal dumping conspiracy, Suffolk County District Attorney Timothy Sini said Grazio would act as a dirt broker by arranging for locations where trucking companies could illegally dispose of solid waste.

He had posted ads on Craigslist and OfferUp for “clean fill,” or material that could be used for residential landscaping projects. He also solicited homeowners over the phone and in person for locations to use for dumping.

When sentenced in July, as per a plea agreement, he faces two to four years in state prison and must pay restitution of $500,000.