TOWN OF WOODBURY – A Garfield, New Jersey man was arrested by Town of Woodbury Police on Thursday after he allegedly made his ex-girlfriend drive from Mahwah, New Jersey to Orange County while threatening her with a knife.

Woodbury Police were called to a location where they found the victim with significant bruising on the right side of her face and swelling around her eye.

She told police her former boyfriend, 22-year-old Pawel Sliwinski, had hidden in the rear of her vehicle while at Ramapo College in New Jersey.

As she got into the car, he appeared, striking her head several times while threatening to kill her with a knife. He told her to drive to a shopping center in Woodbury while continuing to threaten her with dismemberment.

When they arrived, Sliwinski took the women’s phone and got out of the vehicle, but she escaped and was able to contact Woodbury Police.

Sliwinski took off on foot, being chased by officers and a K9. He was finally taken into custody near the Harriman train station.

He was charged with unlawful imprisonment, obstructing governmental administration and being a fugitive from justice.

He was arraigned and remanded to the Orange County Jail without bail and awaits transfer to Mahwah Police where he will face additional charges. 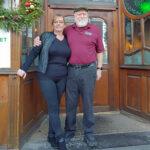 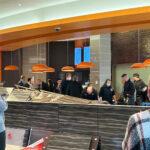 Home health aide charged with stealing over $14K from client 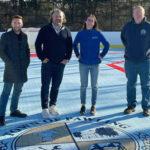