Several legislators also spoke about the need to do even more by doing the right thing by the Ramapough and other Indigenous Peoples. “I’ve been fighting for the state recognition of the Ramapough Lenape for the last 15 years,” County Legislature Chairman Alden Wolfe said. “This has been a struggle that sadly has resulted in inaction by the New York State Legislature. I think it’s appalling and that it’s an insult. I think that the action that we have taken is a small step in doing that which is just and right and allows us to truly see the very proud, noble people of the Ramapough Lenape Nation whom I’m very proud to call my friends.”

Wolfe is currently working on legislation that will call on the state legislature to formally recognize the Ramapough Lenape as a tribe.

County Executive Ed Day said he looks forward to signing the local law which will forever preserve the Split Rock site. “Safeguarding this sacred ground is the right thing to do for our neighbors, the Ramapough Lenape, and for all people who want to make sure this important place is preserved now and for future generations,” he said.

Municipal state law required the county to obtain a fair market appraisal and to sell the property for not less than that amount.

During a public hearing on the local law, Ramapough Lenape Nation Chief Dwaine Perry spoke of the significant contributions the Lenape have made to America, including withdrawing from the Iroquois Confederacy to support the Rebels during the Revolutionary War. He said iron deposits that came from the Ramapough’s land were used to forge the links in the chain stretched across the Hudson River to impede the British Navy, to make cannon balls for the war, and in the creation of the U.S. Capitol dome.

He said it was at Split Rock where the decision was made to allow the rebels to use the Ramapough Mountain Pass, which also cut off a British supply route, and where the leadership of tribes met to settle disputes.

In 1964, it became a popular site to burn crosses and then it became a favorite place to bust beer bottles, Chief Perry said. “Today we are experiencing a renaissance of humanity and the beginning of a return from quiet genocide, of which the proof is the beauty of this moment here and now,” Chief Perry said. “We are all and will truly benefit – the county, the state and the Ramapough, when this sacred trust may be once returned to those from which it came.” 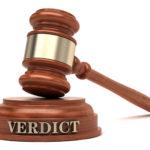 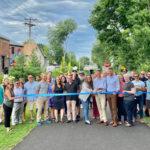 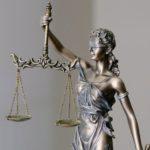