Their decision will be voted on by the city council on January 4, following a public comment period. The search committee formed after former chief Kevin Junjulas retired.

Were he to be officially appointed, Acting Chief Frost would bring his 37 years of experience to the position. Frost praised the efforts of both the search committee and the team he has worked with in this capacity.

“I appreciate what everybody’s done,” he said. “It’s really been a team effort, this entire time to accomplish anything we’ve had to get done.”

The candidates were presented by the committee to Beacon Mayor Lee Kyriacou, who gave final approval.

After one candidate dropped out of the running for personal reasons, the Mayor’s choice became clear, although he described Frost as the “reluctant candidate.”

“People have said [that] the person who is reluctant to do it is oftentimes the one who’s the best, as opposed to the ones who are really gunning for it,” he said. “So I think that is the case here.”

Despite his possible hesitancy to take on the job, Mayor Kyriacou praised Frost for his efforts during a time where the role of a police officer has come under heavy scrutiny.

“I find your personal demeanor and style to be particularly helpful at this particular time,” he said to Frost. “The sense that you’re calm, and you tend to listen a lot, and do a lot of speaking. I think it will be a calming force in our community.”

“We learned a lot about what the community wanted in our next police chief, and through that process, we learned that we already had a guy who fit that criteria,” said city councilperson Air Rhodes about the search. “But we wouldn’t have necessarily known that and certainly wouldn’t have done it with such great confidence without having gone through the whole search process.”

“I believe he’s a community person, and he’s a team player,” said Reverend John Rembert, a former city councilman. “As time as the Acting Chief, he has already started making some changes toward policing in the City of Beacon.” 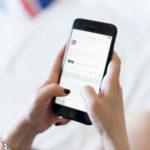 Verizon phone service to police down in some areas 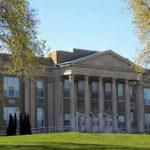 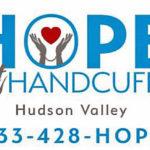