There were eight children on the bus: seven walked off and were brought to the hospital to be seen by medical professionals as per school protocol and good practices, the police said. They were all treated and released.

The accident occurred around 8:21 a.m. on Route 207 in New Windsor when a commercial tree service truck was heading westbound, crossed over the double yellow line, and crashed into the eastbound bus.

The accident remains under investigation. 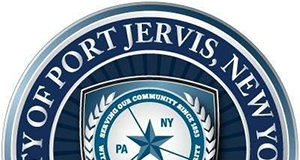