BLOOMINGTON – Three backseat passengers in car were killed in a multi-vehicle pileup on the southbound Thruway in Bloomington around 6:30 Sunday evening.

State Police said a 2010 Volvo tractor-trailer driven by Luc Leblanc, 61, was in the right lane when he encountered traffic stopped in front of him. Leblanc tried to avoid a collision but struck the rear of a 2012 Honda Accord in which the three victims were riding.

The front of the truck caused extensive damage to the rear of the Honda, which was pushed approximately 500 feet before coming to rest in the grass off the shoulder of the highway.

As the truck was pushing the Honda off the road, it struck the rear passenger side of a 2007 Kia Sedona minivan that exited the road onto the shoulder.

Leblanc was not injured.

The driver of the Kia, 26-year-old Maheshwarnauth Karan, declined medical treatment at the scene.

A passenger in the Kia, Sangeeta Singh, 27, was transported to Health Alliance Hospital Broadway Campus in Kingston and Saleema Salim, 45, was transported to MidHudson Regional Hospital in Poughkeepsie, both were treated for minor injuries. Passenger Ramarine Sing, 48, was airlifted to Albany Medical Center. A five-year-old child was not injured.

The occupants of the Honda and Kia were all family members from the Bronx.

Troop F Uniform Troopers were also on the scene to assist with traffic control.

All southbound lanes remained closed for several hours and traffic was diverted off the Thruway at the Kingston exit until reconstruction was completed.

The accident is under investigation. State Police are looking for anyone who may have witnessed the crash to call Investigation Joseph Temple at 845-802-9296. 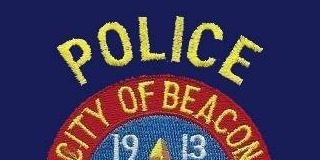