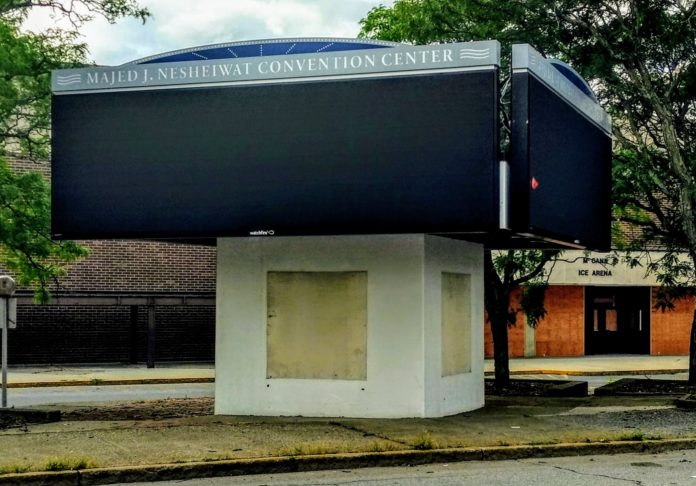 POUGHKEEPSIE – The Mid-Hudson Civic Center, home of the Majed J. Nesheiwat Convention Center, has been making internal and external upgrades since the pandemic shut the facility down in March.

On Tuesday, the GNS Group of Poughkeepsie had several crews and equipment at the site to install new signage on the pedestal in front of the facility that houses a skating rink and large convention arena. The large windows on the front of the building have been covered in plywood for more than a month now as the building remains dormant. 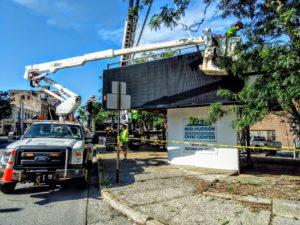 “limbo” based on Governor Cuomo’s executive orders.  “We are continuing to plan for a successful re-opening, whenever that is.  We are doing quite a bit of work to the interior and exterior of the facility and when it’s all done, it will be fantastic.”

Anderson noted that the marquee being installed by GNS is the first step in modernizing the outside of the dated building.  “Our new signage will improve our visibility and add a much-needed sprucing up of the area,” she said.

Kingston mayor says pandemic is factor in spike in violence