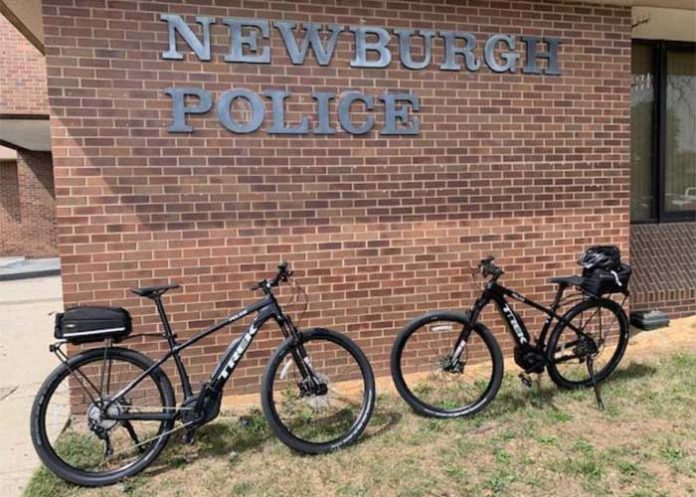 NEWBURGH – The Newburgh City Police Department has added two Trek Electric Police bikes to its bicycle unit. Both new vehicles will be used for patrol functions and special events.

The new bikes cost $3,800 each with the funds coming from the JAG Byrne grant through the state Division of Criminal Justice Services.

The new bikes bring to seven, the total number of working police bicycles. Two bikes are over 15 years old and Lt. Joseph Burns said they will likely be donated in the near future to one of the department’s community partners.

Three bikes were purchased within the last three years.