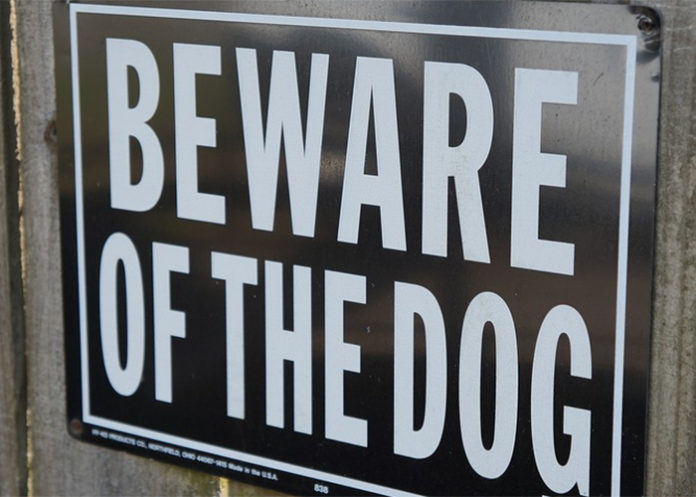 MAHOPAC FALLS – A local woman is recovering from physical and emotional trauma after being mauled by a pit bull terrier while gardening in the front yard of her Overland Road home in Mahopac Falls.

Police Chief Michael Cazzari said the attack took place around 7:45 p.m. when Lori Hyslop alleged a “reddish brown pit bull with a white neck and white fur around the eye came out of nowhere” and attacked the woman chomping down on her leg.

The victim hit the dog with a garbage can in attempt to free herself from the snarling animal’s jaw grip.

Cazzari said a neighbor heard the woman screaming and observed the dog attacking her. “The Good Samaritan grabbed a rake to confront the dog but it took off running towards Lakeshore Drive.”

Carmel Police responded to 9-1-1 calls along with members of the Mahopac Falls Fire Department Rescue Squad and a paramedic from the EM STAR Ambulance Company. Hyslop was taken by ambulance to Putnam Hospital Center.

Police Officers Erin and other neighbors scoured the area Friday evening and over the weekend in search of the vicious dog but according to the chief, the pit bull remains at large.

Cazzari said the Town of Carmel’s Dog Control Officer was also notified of the incident and was asked to be on the lookout for the animal.

Anyone observing a pit bull matching the description of the dog that attacked the woman is asked to contact Carmel Police at 845-628-1300.

Gunshots in Goshen under investigation