SOMERS – State Police have arrested a Carmel couple on a hate crime charge related to a victim’s sexual orientation.

Antonio Vuksanaj and Gina Vuksanaj, both 50, were arrested after police were called to Chili’s Bar and Grill parking lot on Route 6 in the Town of Somers for a report of a domestic dispute on July 6.

Investigation revealed the couple violated an order of protection and blocked the retreat of the victim. They then tried to forcefully pull the victim from a vehicle and damaged it with a tire iron.

The crimes committed appear to be biased in nature due to the victim’s sexual orientation, police said.

The Vuksanajs were charged with criminal mischief as a hate crime, criminal contempt, unlawful imprisonment, and harassment. Antonio Vuksanaj was also charged with criminal possession of a weapon due to a previous weapon-related conviction. Both were sent to the Westchester County Jail in lieu of $7,500 cash bail or bond.

An additional full stay away order of protection was requested on behalf of the victim and granted by the court. 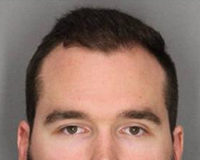