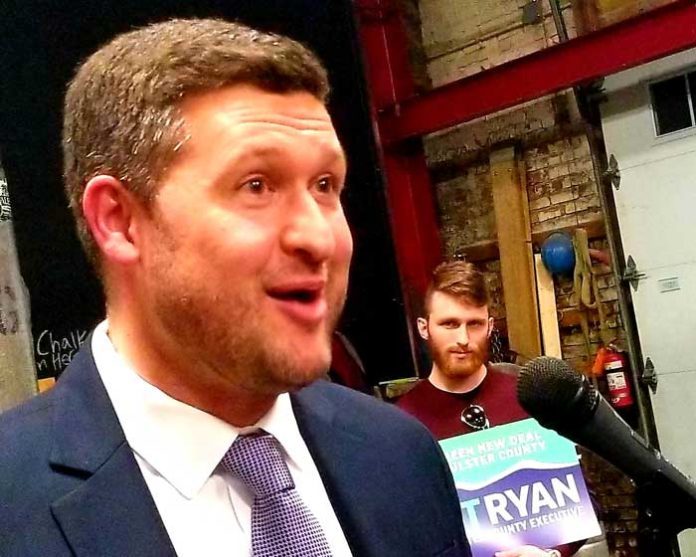 KINGSTON – Ulster County Executive-elect Patrick Ryan will be formally inaugurated as the second person to hold that post when he takes the oath of office at noon on Friday, June 7.

The swearing in will take place in the Ulster County Courthouse on Wall Street in Kingston.

The position became vacant when former County Executive Michael Hein was appointed to a commissioner’s post in the Cuomo administration.