KAUNEONGA LAKE – Andrew Liff, a resident of Kauneonga Lake, used his training, experience, and immediate instinct to dive, find, and help retrieve three submerged victims in White Lake last weekend.  It was Liff who located all three and brought each to the surface, hoping like others to give each a chance to survive.  Liff, however, does not consider himself what many are calling him – a hero.

“People have been stopping to tell me that, but I definitely do not consider myself a hero.  In an emergency situation, you just have to keep your head on swivel and do what you have to do,” Liff told Mid-Hudson News on Tuesday. “If there are people in the water, you have to get them out.”

The incident happened behind a bed and breakfast where the victims had been staying, near the intersection of Routes 55 and 17B in Bethel.

Liff said he learned from speaking with the family this week that none of the victims were actually swimming at the time that the tragedy happened. The first to go under the water slid while walking in shallow water, stepped into deeper water, and went under.  The other two jumped in to try to help and also remained submerged.

“If you can’t swim and you’re in your clothes, sadly it’s a recipe for problems, even when you’re trying to help,” Liff said.

Residents on scene during the incident described White Lake’s terrain as having depths close to 100-feet in some areas, diverse both in depth and in intensity of flow.  Liff described the lake area where the incident happened as shelf-like.

Liff had taken his boat out that afternoon and parked it.  He said he had no plans for the day, other than to enjoy it.  As the grandson of a decades-long late White Lake Fire Department chief and the son of a White Lake firefighter, he had been a firefighter himself while he was in high school.  He is not currently in service as a firefighter, but is listed with White Lake Fire Police.

Having grown up in the area, Liff is very familiar with the adjoining White and Kauneonga Lakes.  He has also completed many diving courses on his own, from open water to advanced.  With over 200 dives as an advanced diver, he was ready to help when his father called him last weekend.

“Dad called and asked where I was.  He told me to get over to the other side of the lake.  The call went in at 2:10. I picked up dad, who then operated the boat.  We were there at 2:16 and saw people on the beach who were yelling to go in and get them.  Others were in the water trying to help,” Liff said.  “With the pontoon boat you can spot something out of the ordinary, like skin or reflective clothing, which we did. We were able to position our boat to pinpoint the position, and I free-dove under.”

Liff knew that free-diving is definitely not efficient or the way to take on a rescue.  Without air tanks, goggles, or other supplies, a diver can only stay under for a brief time, and exerts energy just to swim.  He said not having anything else at the time, he dove under.  He was unable to see without goggles, but blindly passed his hand along and felt the female victim’s hand.  He was able to bring her to the surface, and she was taken to waiting EMS on shore.

Liff knew he could not use the same process to get the other two.

“They were down too deep to go down by myself without gear and retrieve them, so I swam to shore and started looking in vehicles until I found tanks and other dive gear in one of the trucks,” Liff said.  “I knew about where the other two had gone down, based on what other people told me, so I put the gear on and swam back out.  I found them right next to each other – about 30-feet down,” Liff said.

State Police said it was Basir Amin, 18, who first began to struggle in the water at about 2 p.m. on Sunday afternoon.  His sister, Nasrin Amin, 21, and uncle Afrid Haider, 34, attempted to save Basir, but all three went under and did not resurface.

CPR was immediately begun on Nasrin once she was on shore.  All three were transported by ambulance to Garnet Medical Center in Harris, where Amin remains in critical condition.  Both Basir and Haider were pronounced dead.

Liff visited the family this week, not to talk about what he did, but to offer his condolences.  He, like Nasrin’s family, holds out hope that the surviving victim may have received enough help quickly enough to have a life ahead. “Miracles do happen,” Liff said.

A post by White Lake Fire Company, who with Kauneonga Lake Fire Department, Bethel Volunteer Ambulance Corp, Bethel constables and State Police actively assisted on scene, shared gratitude for those who tried their best to save all three.

“Sometimes all we can do as first responders is give someone a chance. The heroic, selfless acts shown yesterday by FF Andrew Liff and fellow first responders between fire, EMS, and police gave three individuals from one family a chance out of a terrible, split-second tragedy. Our thoughts and prayers go out to the family at this time. Our lives can change so fast without warning. Hold your loved ones tight as tomorrow is never guaranteed. God Bless all first responders faced with so many challenges every day!”  – White Lake Fire Company 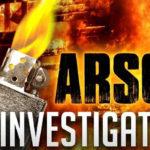 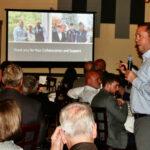