POUGHKEEPSIE – After an overwhelming bipartisan vote to move forward with re-purposing the former Poughkeepsie YMCA into a Youth Opportunity Center, the pieces of legislation were signed in a ceremony Wednesday at the Adriance Memorial Library in front of dozens of stakeholders.  In addition to county funding, the stakeholders learned that State Senator Sue Serino is working with two Democratic Assemblymembers in seeking $5 million of state money to invest in the center.

Molinaro pointed out that the visionary behind the historic undertaking is a tribute to the late Barbara Jeter-Jackson, the legislator who fought tirelessly to develop a community center for the youth of Poughkeepsie and all of Dutchess County.  “Barbara Jeter-Jackson was steadfast in her commitment and compassion to make this center a reality,” he said.

The legislation, among other things, transfers ownership of the 35 Montgomery Street parcel from the city to the county and authorizes spending $10 million of American Rescue Plan (ARP) money towards demolition, design, and construction at the largest blighted property in Poughkeepsie.  It is the initial phase of a $25 million county investment for developing the Youth Opportunity Center.

Rolison watched as Molinaro signed the bills. “To say I am excited is the understatement of my lifetime.”  He noted that the vision for this parcel started in 2016 when City Administrator Marc Nelson worked with him to get ownership back to the city and then work on the plan that has morphed over time and become a venture between the city, county, and the 35 Montgomery Coalition.

County Legislator Giancarlo Llaverias (D-Town of Poughkeepsie) has been a critic of Republican initiatives in the past but has embraced this one that aims to curtail the “pipeline to prison” that occurs when children are denied opportunities to improve.

“This facility will provide alternatives, replacing the pipeline with a Path to Promise,” said Molinaro.

Chairman Pulver recalled his first conversation with Llaverias.  “A city kid of color and a white kid from the country,” is how he described the meeting that resulted in both men realizing they had a lot in common.  “This project will build on that conversation,” said the chairman.

County Comptroller Robin Lois embraced the plan. “Like the rest of the community, I am very excited about this project moving forward.  It’s a great opportunity for the City of Poughkeepsie and I am glad that Dutchess County is partnering for the people that really need it.”

She said as comptroller, “I’m going to look at every single dollar that goes through.  I look at the dollars from the beginning to the end and I am going to monitor the spending very closely, checking invoices, and making sure this project stays on time and on budget.”

Councilman Menist said that the city is “chronically undersourced,” while saying that this lengthy project will help rectify that.  He previously told Mid-Hudson News “This is going to be a comprehensive youth and community center that will offer services for the entire family,” while calling the center a “massive step in the right direction.” 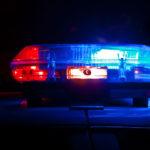 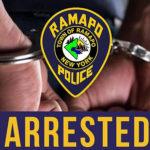 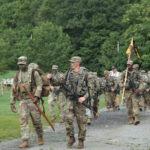 West Point Class of 2026 marches back 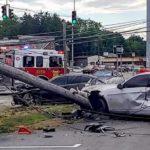