PORT JERVIS – Port Jervis pride and gratitude runs deep, generation after generation, and as residents of the city and neighboring communities turned out once again to pay tribute to America’s military heroes. Veterans and supporters gathered over recent days to place America’s revered flag on local veteran graves, and on Monday to host Port’s Memorial Day Service.

Members of Port Jervis veterans posts chose to forego this year’s parade but hosted its traditional heartfelt ceremony and remembrance at Orange Square/Veterans Park.  Prayer, musical tribute, timely words of honor, and community appreciation were present and no doubt felt by all in attendance this Memorial Day.

VFW Post #161 Commander Henry Dunn and Tri-State Naval Ship Post #7241 Captain Fabrizzio Morejon spoke not only of the impact of military service and war but of the more than yearlong global coronavirus pandemic’s impact worldwide and locally.  The opportunity of veterans and others to share time together, once again, cannot be overstated.

Morejon spoke of the loss of a longtime Naval Ship member to Covid-19, and Dunn of a longtime VFW member’s difficult battle with the illness but recovery and attendance at Monday’s ceremony. VFW Auxiliary Senior Vice President Patricia Rennish shared opening and closing prayers honoring military service and sacrifice, and Port’s Mayor Kelly Decker spoke of ultimate losses and its impact on families, including locally.

Each speaker’s words were poignant and powerful, music stirring, and bonds of veteran camaraderie strong in the small river valley community.  However, center among the war memorials lining Orange Square and between the tallest Civil War and broadest World War II monument, it is the faces of those who have served that perhaps tell the story of Memorial Day best.

Recollections and experiences stirred during the Pledge of Allegiance, notes of the Star-Spangled Banner, Armed Forces Anthems, words of prayer, and mournful TAPS tribute to the fallen provide moments for the deepest of remembrances and personal thoughts of the day.  These were felt throughout the community this week, as they continue to be generation after generation. 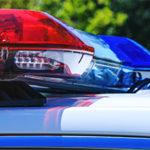 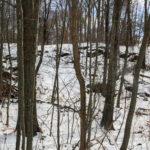 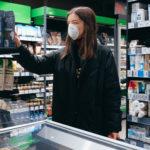