POUGHKEEPSIE – Mayor Rob Rolison’s 2020 State of the City address, slated for March 11 was one of the first public events to be canceled as the pandemic laid siege to the world.  For 2021, the Poughkeepsie mayor released his required annual address electronically, keeping in line with the social-distancing protocols that are still in place.

Rolison’s 2021 address highlighted the impacts of COVID on the city, both good and bad, that the city faced in 2020.  As the virus first arrived in the region, the city’s administration was quick to address the potential financial distress that the government would be facing because Poughkeepsie does not have a fund balance, or “rainy day fund.”

With the assistance of City Administrator Marc Nelson and department heads, the city almost immediately cut $2 million in planned spending from their budgets.  The only budget that was delayed in making any substantial cuts was that of the common council.  Eventually, the council cut $17,000 from their spending.

Looking forward, Rolison has addressed the benefits of the American Rescue Plan that will pump $20 million into the Poughkeepsie government.

The mayor calls the newest round of relief “a once-in-a-lifetime opportunity to address a range of challenges, from aging infrastructure and deferred capital projects to the elimination of our remaining deficit and the restoral of critical positions in city government.” When Rolison and several municipal leaders stood with Congressman Maloney to announce the funding, Rolison reminded his elected colleagues of the need to be “good stewards of public dollars,” while advising them to budget accordingly because the financial impacts of the pandemic were not over.

On April 19 Rolison will unveil the “PKGO-Parks Plan” that will commit more than $3 million over the next three years to city parks, rebuilding and replacing dilapidated infrastructure in city parks, including Kaal Rock Park, Pulaski, Malcolm X Park, Spratt, and Bartlett Parks. Rolison called the plan “the most significant investment in our parks in a long, long time.”

Councilman Chris Petsas, who is challenging Council Chair Sarah Salem in a Democratic primary for the seat, said recently that the parks across the city need investment. “We need to fix all of our parks rather than focusing on just one piece of land on the south side of the city,” Petsas said after a recent meeting.

Sanitation is still an initiative of Rolison’s. After working to improve garbage collection by expanding DPW hours, the mayor is launching another new sanitation investment in the coming months. “We are going to roll out a pilot program that will provide standardized garbage containers to all residential customers along the arterials.” Using uniform containers along the arterials, the city will be able to use automated trucks to pick up garbage cans in a more efficient manner. The use of the newer, automated trucks was one of the primary recommendations of a study conducted of the sanitation system.  “To be clear, this plan is about keeping our city clean and improving our quality of life. We are not downsizing or outsourcing our sanitation service, but we do need to upgrade equipment and so this is the right time to explore options that automation and new technologies can bring us.”

Rolison’s latest State of the City also addressed the many partnerships that have been forged during his administration that have benefitted the city.  The collaboration between the city and the county along with several stakeholders involved in the YMCA project was noted, as was the venture between Rolison and School Superintendent Dr. Eric Rosser, the Poughkeepsie Children’s Cabinet. 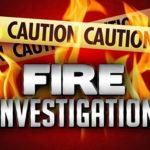 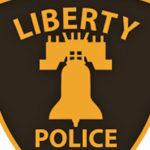 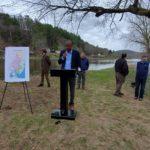 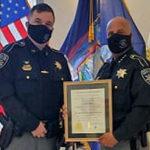