GOSHEN – An Orange County Grand jury has declined to file charges against an off-duty Town of Ramapo Police detective who shot and killed his neighbor late at night on July 6, 2020.

Erick Gilmore, 40, who it was determined suffered from mental health issues and lived next door to Detective Rob Fitzgerald in the Town of Cornwall, tried to stab the officer who then shot him dead.

After reviewing all the facts and circumstances involving the shooting, including interviews of civilian witnesses and police officers, and a review of available evidence, it is the conclusion of the District Attorney’s Office that the actions of Fitzgerald, who was off duty, were justified under state penal law in that he used deadly physical force in self-defense as he was being confronted with the use of deadly physical force by Gilmore.

The district attorney’s report found that Gilmore went to a storm door at Fitzgerald’s house. When the detective’s dog barked, one of his children went toward the door and became alarmed by what she perceived as an angry countenance and aggressive posture of the neighbor.

The off-duty officer went to the door while wearing a privately owned 9mm handgun in a holster. The detective told investigators Gilmore swung a knife at the detective as the storm door was opening and he attempted to stab Fitzgerald, who was still standing inside the house.

Fitzgerald fired once striking Gilmore in the chest. He reported Gilmore walked unsteadily down his driveway toward the street, before collapsing.

Gilmore’s father, who reported hearing the two men arguing next door, found an open folding knife on the ground three feet from his son’s hand.

It was also learned that earlier on July 6, 2020, Gilmore was heard by one of Fitzgerald’s daughters yelling in his yard threatening that he was going to “machine gun” someone. A recording of his yelling was obtained by the DA’s office. 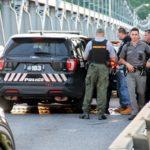 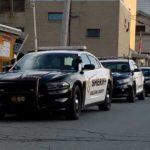 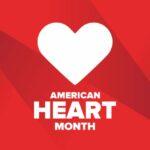 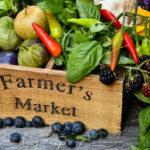