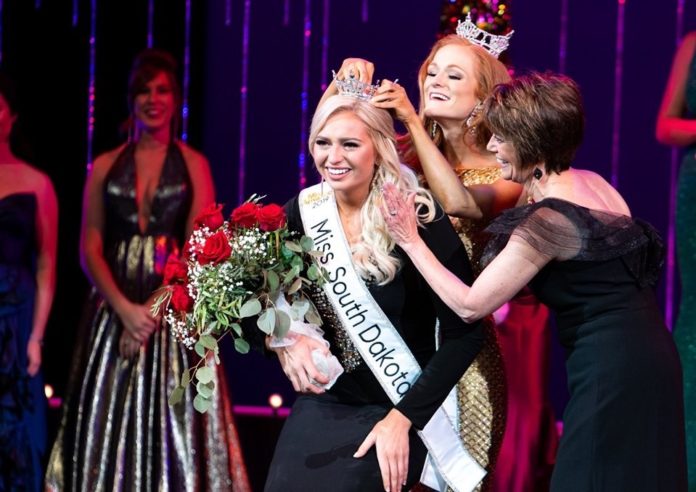 MILL RIFT, PA – What does Miss South Dakota USA 2019-2020, Amber Rae Hulse of Hot Springs, South Dakota, have in common with residents and life in Port Jervis, its neighboring community of Mill Rift, Pennsylvania, and others in the Tri-State region?

Other than the things she loves to do in her small South Dakota hometown, which are similar to outdoor things her dad did while growing up in the small Mill Rift hometown of her father, Raymond Hulse and the even smaller Cahoonzie, NY hometown of her paternal grandfather Millard Hulse, it is the shared roots that connect them across the states.

Hulse, who just completed a very busy year–long term of service as Miss South Dakota, is the daughter of Raymond Millard Hulse and Kristina Hulse of Hot Springs, SD, maternal granddaughter of Jane Tirell (Cape Cod, MA) and Robert Knoblauch (Panama City, FL), and paternal granddaughter of the late Carolyn Toppel Hulse and Millard Leroy Hulse of Mill Rift. Her and her dad’s local roots extend back generations before her grandparents and connect through relatives in the Tri-State community at present. 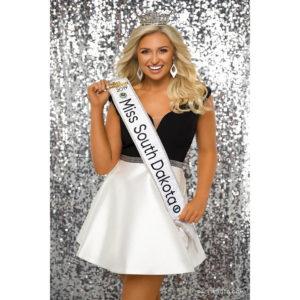 Having just completed her Miss Dakota term, Amber is a senior in college, having completed very non-traditional years at the University of South Dakota.

Growing up, Hulse may also be considered non-traditional by many. She was raised on a hunting camp in rural, western South Dakota. Growing, she lived with her parents, but no siblings or others in her household. She found ways to keep herself occupied with music, reading, writing, and being outside.

“I learned how to play the piano and guitar, I rode horses, drove the 4 X 4 before age ten, went hunting with my dad as early as age four, and learned what it meant to be independent early on,” she recalled. “I was a huge band nerd and overall geek in school. You could find me in the honors/accelerated classes and if not there, the band and choir room.” 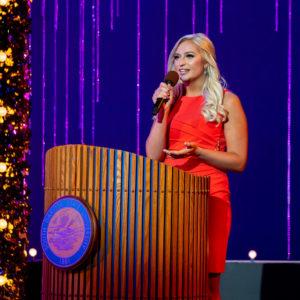 Hulse remembers herself as being everything BUT a ‘girly girl’ as she went through her teen years. Her best friend, the sister of a Miss South Dakota of the early 2000s, got her involved in pageants.

“My best friend was the girly girl, and I was a tom boy. She had always wanted to compete as a teen competitor, and asked if I wanted to compete with her. After I was given a dress from my mom’s coworker, I was convinced to try it so I could play the piano onstage. I ended up hating the entire experience,” recalled Hulse.

She was convinced by her mom to try it once more and says by some mistake she won and her friend did not. After that she admits ‘catching the bug’ and being sucked into the pageant world: 2014 Miss Badlands, 2014 Miss Goldrush, 2015 Miss State Fair, 2016 Miss Sioux Empire, 2017 Miss Central States Fair, 2018 Miss Christmas in the Hills, 2019 Miss State Fair, Miss South Dakota.

To this day she still does not like the competition aspect of pageants, but thinks it is pretty cool that it has been said that if you have a son and a daughter, the son is more likely to compete in the Super Bowl than a daughter in Miss America. She is also proud to have been involved with other women who have been in that pageant and whom she considers incredible women, world changers.

“I still can’t believe that nerdy Amber is somehow a member of that group of incredible women,” she said.

Currently living in Washington, DC, Hulse is interning in a location she cannot disclose, performing duties she is not allowed to speak of for security reasons. She is a Political Science major and plans to continue with graduate school and earning a degree in Legislative Affairs, and possibly then law school.

“I want to run for office one day to represent the people of my community and state. I want to be a voice for people that feel like they have no voice in government,” Hulse said.

Having a father who served in Vietnam, who suffers from PTSD from his experiences there, and who speaks little about bad wartime memories, and a mother who works at the Veterans Administration in Hot Springs, Hulse is very passionate about veteran issues and affairs. She wants to help those who fought for America’s freedoms.

“I grew up volunteering for the VFW and American Legion and much more. Patriotism was instilled in me very young, not only by my parents but from growing up in Hot Springs, dubbed as ‘the veterans’ town’ and home to the first VA hospital in the country,” Hulse said. “My parents also taught me to work hard for everything I wanted, as they taught me that if you did not have to work for it, it won’t be worth it. I love the South Dakota “pull yourself up by the bootstraps” mentality, and I will miss that while I finish my schooling on the East Coast.”

Having only turned her crown and title over to the current Miss South Dakota a few months ago, Hulse said she has now moved away from pageants and doesn’t plan to enter any additional ones. She is thrilled to be in Washington and excited to be working on what her future might bring.

“I feel like I’m not in real life every time I walk by the Capitol building, which is only five blocks away!” she said. “I am very fortunate to be where I am. For that I will be forever grateful.”