NEWBURGH – A man who pulled a gun on Newburgh City Police late Friday afternoon was shot and killed by officers.

When officers approached the man, he pulled a silver handgun. A struggle ensured and the handgun discharged and several officers returned fire, killing him, said Orange County District Attorney.

The officers were taken to the hospital for treatment. The suspect was pronounced dead at Montefiore St. Luke’s Cornwall Hospital. 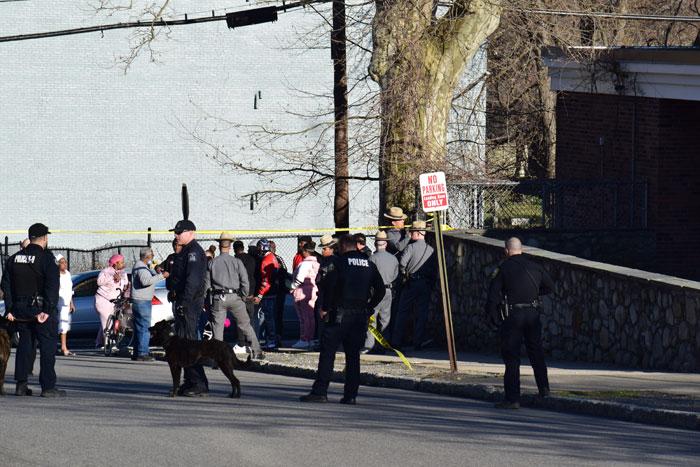 Police from several agencies from Orange, Ulster and Dutchess counties, and the FBI, were called to the city because of large crowds gathering.

Newburgh City Councilman Omari Shakur, meanwhile, has posted a video on Facebook saying “an unarmed black man” was shot and killed by police, who he called “pigs” and said they are “killers.”

Fishkill councilman steps down to take seat on Dutchess legislature