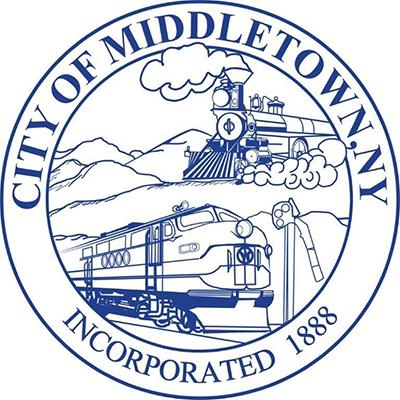 MIDDLETOWN – The City of Middletown, with much of its 100-year-old infrastructure, is getting younger with upgrades and replacement of the old facilities, Mayor Joseph DeStefano said Tuesday night in his annual state of the city address.

The mayor also announced a number of new programs, initiatives, and projects.

He said the city is moving forward despite adversity in Washington. “It is an exciting time for Middletown as you see all the activity in our community, and an exciting time for me as mayor. And at the same time, there is more for us to do,” he said. “We enter this year void of national leadership. I do not like what is happening in Washington – the division, the extremism, the lack of empathy – and the result is not much happening for the people of our country. But, that’s not holding us back here in the City of Middletown. I am proud that we’re able to discuss and debate issues and we do so with respect for the opinions of others.”

Included among Middletown’s achievements, DeStefano said, is the state’s approval of the city taking over the more than 15-acre former START Center property off Route 78, for use as a new Parks and Recreation facility including a gymnasium, 14,000 square foot main building, playing fields for baseball and soccer.

DeStefano announced security cameras have now been installed and are operational in the city’s firehouses now that concerns raised by the firefighters union have been resolved.

Major crime is down due to the work of the police department while the fire department and its personnel continue to protect the city, he said.

DeStefano’s plan to convert to garbage trucks with mechanical arms to collect garbage will move forward this year, initially with public hearings.

The city has created 200 additional affordable housing units to help meet the needs of the growing region, the mayor said.  “It is time some of the townships and villages in Orange County begin to assume some responsibility for the creation of affordable/workforce housing as they continue to push for more development,” he said.

With litigation behind them, the city is revisiting a proposal for a boutique hotel on the site of 11 King Street and there are three interested parties in redeveloping the old O&W Station.

Redevelopment of the Middletown Community Campus “has been a major priority,” the mayor said. “The progress on the campus has been tremendous.”

He said the Northern Academy for the Arts and Fei Tian College are in the process of redeveloping several vacant buildings.

DeStefano announced that Fein Tian has received state accreditation for bio-medical and data science degrees at undergraduate, masters’ and doctoral levels. He said projected enrollment at the two schools is 6,000 students by 2028.

Educational institutions in the city began with SUNY orange decades ago and in more recent years, Touro College of Osteopathic Medicine.

DeStefano expressed disappointment with the stalled plans to build a new multi-modal facility downtown. He said planning was moving forward with 90 percent of the $4 million project to be covered by the federal government. Coach USA was to over 10 percent of the work. But, the mayor said that came to a halt when Coach was sold and the new owners put it on hold. “The city is prepared to take this project over from Coach if they fail to move immediately,” he said.

Since the state’s $10 million Downtown Revitalization Initiative grant, the city has seen million in private sector investment in the city and the Heritage Trailblazing its path through the city.

DeStefano also made a push for all city residents to participate in the upcoming 2020 census to ensure that Middletown receives the funding it deserves from Washington.