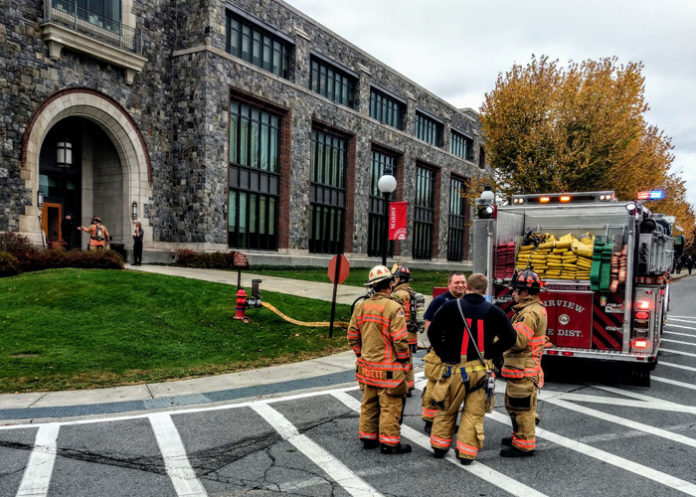 TOWN OF POUGHKEEPSIE – Fairview and Poughkeepsie firefighters responded to Marist College Tuesday afternoon for reports of smoke in the Hancock Center building.

Students and staff evacuated the building as fire personnel worked to isolate the problem.

After the fumes were cleared, the building was cleared to be reoccupied at approximately 1:20 p.m., one hour after the initial call came in.