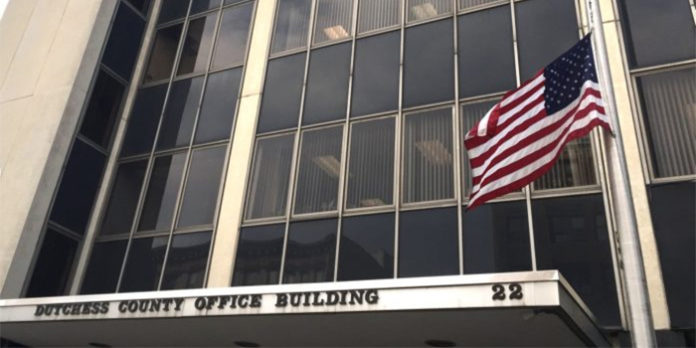 POUGHKEEPSIE – Embattled Democratic Dutchess County Legislator Giancarlo Llaverias is being asked to resign his position from his own party’s leadership.

A video obtained by Mid-Hudson News on Wednesday shows Llaverias and two other men talking about musician R. Kelly and his legal troubles with women.

In the video, Llaverias, talking about his own insecurity, says it resulted in him having control issues.  Llaverias said that there was a point in his relationship that he was insecure which led to him being controlling.  When confronted by another man in the video, Llaverias admits to controlling what his partner was allowed to eat.  Pressed further, he denied controlling when his partner was able to use the bathroom, followed by “But I did hit them!”  When asked what he considered to be hitting, he said “I smacked her across the face.”

Margaret Kakish, Llaverias’ Republican opponent, said that the video shows a pattern of disrespect for women and says that he is “unfit for office.”

When asked about the video earlier in the day, Llaverias said his statements were part of a script.  “That’s from our scripted podcast where we create stories and take the stories of our viewers who anonymously share their experiences with us and we take them as our own.  I’ve never abused any women in my life and resent such malice from the GOP.”  When pressed for a copy of the script, Llaverias declined, saying “It’s from our anonymous viewers.  We are not allowed to share that due to confidentiality.”

After Minority Leadership called for his resignation, Llaverias failed to respond to requests for comment.  Legislature Chairman Gregg Pulver pointed out that the Town of Poughkeepsie lawmaker has been in the news quite often lately over inflammatory posts on social media, including one in which he implied that killing the President would be acceptable followed by a litany of older posts including one in which Llaverias said “It’s not rape…it’s surprise sex.”  Pulver agreed with the call for Llaverias to resign.  “We will never tolerate this type of behavior or rhetoric in the Dutchess County Legislature- Llaverias should resign. Elected officials should be role models for our communities which is something he can never be.”