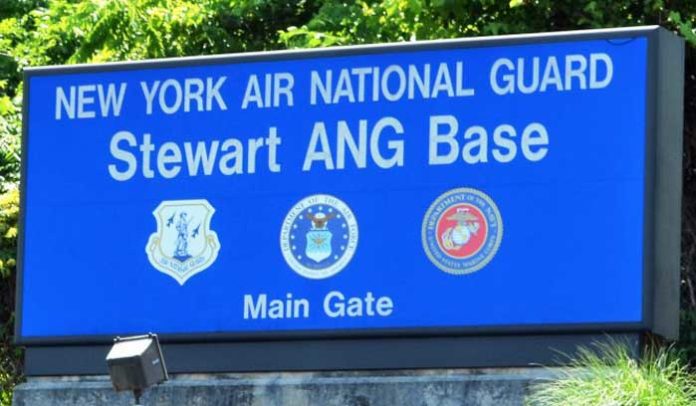 TOWN OF NEWBURGH – Senator Kirsten Gillibrand was briefed on Monday at the Stewart Air National Guard Base about the ongoing problem of water contamination from the base.

In 2014, PFOS contamination was detected in Lake Washington, the City of Newburgh’s primary water supply, and it’s source was determined to have come from the foam used by base firefighters. A state of emergency was declared by the Newburgh city manager in 2016, and the city now gets its water through the Catskill Aqueduct.

But now an eight-week timeline has been established to get a new filtration system is up and running at the Guard base, and then a timeline of testing and cleanup to follow.

“We want to make sure we have the resources we need to clean up those contaminates to make sure everyone in these communities has access to safe drinking water,” the senator said. “This is a good start, but anytime you are talking about contaminants in water, it requires long-term monitoring, requires testing of wells, testing of different water systems. So this will be a collaboration between the military and the federal government, state DEC and local communities.”

PFOS can also cause kidney and testicular cancer, effects to the liver, thyroid, immune systems and development of fetuses.

“I hope we can get to a place where this is no PFOS in the water,” said Gillibrand. “It’s really important we elevate this issue, demand the science be documented.”