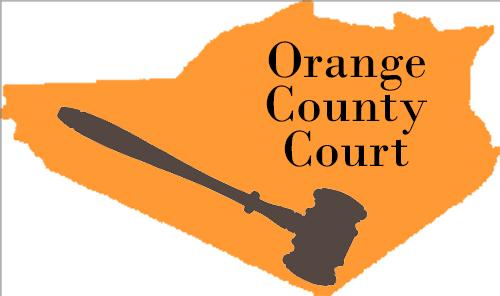 GOSHEN – The Wallkill man who struck and killed a pedestrian as she walked along State Street in Mount Hope late on the night of March 30, was sentenced by Orange County Court Judge William DeProspo on Monday to one to three years in state prison.

Stephen Grundel, 38, pled guilty to leaving the scene of an incident without reporting it. He admitted that he knew his pickup truck had struck and injured a pedestrian, but failed to stop to see who he had struck and left the scene without notifying authorities.

Kiera Babcock, 34, was pronounced dead at the scene after being discovered by passing motorists the next morning.

District Attorney David Hoovler said the prison sentence handed down “was clearly appropriate since the defendant left a severely injured and dying woman in the roadway in the cold, and in the dark, without alerting the police or calling for help.”

Hoovler said while all traffic fatalities are not criminal, “there was no excuse for not stopping and reporting this incident, and making some attempt to save the victim.”

The DA credited the State Police and Mount Hope Police with solving the case.