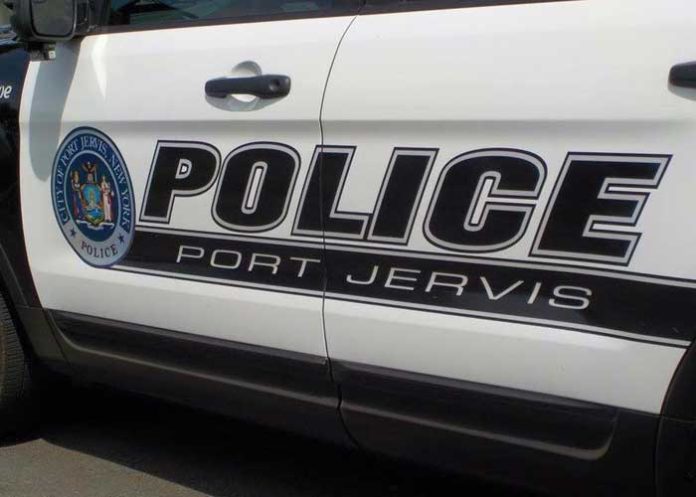 GOSHEN – The arrest of a six-foot, four-inch, 250 pound suspect by Port Jervis Police on May 29, some of which was video recorded by a witness, prompted the police department to ask the Orange County District Attorney’s Office to investigate the incident.

DA David Hoovler released his findings on Thursday determining that the police officers’ actions in this case were justified under state penal law.

The investigation included review of the video which showed the officers struggling with the suspect while he was on the ground.

The witness told police that when officers attempted to apprehend the man, he pulled away, struggled with them and struck an officer in the face. Another witness saw the first one recording what happened on their cell phone.

It took several officers to subdue the man, who kept struggling even when he was on the ground.

The DA’s office reviewed police reports about the incident, radio calls and the suspect’s booking photos and jail records. He was being arrested as part of an undercover narcotics operation for having sold cocaine. Felony weight cocaine was recovered from the man after his arrest.

The police were aware at the time they tried to apprehend him that the man had been released on $40,000 bail for other felony charges pertaining to cocaine.

Aside from the DA’s findings, the incident may be reviewed by the Port Jervis Police Department to determine whether departmental policies were adhered to.

Hoovler said the evidence revealed in the investigation shows that the officers had reasonable cause to believe the suspect had committed one or more felony offenses and therefore could be arrested.

The evidence showed that once he was handcuffed and subdued, there was no additional force used by the arresting officers.