POUGHKEEPSIE – Using a grant from Dutchess County and city funds, the police department has signed a contract with a technology company to install license plate readers in various city locations.  The common council was briefed on the initiative by City of Poughkeepsie Police Captain Rich Wilson Monday evening.

The Flock Safety Falcon is a solar-powered, motion-activated, and infrastructure-free camera that uses proprietary technology to identify and take a snapshot of the critical details of a vehicle that passes by it. The Falcon captures the make, vehicle type, color, license plate (full, partial, or missing), state of the license plate, and the vehicle’s unique features, including damage and after-market alterations.  They are connected to the cloud through LTE, like a mobile phone, and perform 24/7 in any weather.  The city will be using both solar-powered and hard-wired Flock cameras in the program.

According to Captain Wilson, the police have “strategically identified the locations that we want to capture vehicle and pedestrian foot traffic with the motion-activated reader that provides data on license plates as well as the description of the vehicle in those particular areas.”

The Falcon license plate reader program is the first phase of the police department’s plan to bring additional crime-fighting technology to Poughkeepsie.

Wilson said the next step will be the installation of the Flock Safety Raven system that ties into the license plate reader system. Raven is an audio detection device that detects gunshots, locates the source, and works in tandem with the license plate reader camera to deliver evidence officers need to respond to gunshots quickly, preserve critical evidence, and clear more cases.

Raven recognizes the sounds of gunshots, car crashes, and glass-breaking, activates the readers in the area, logs the location, and alerts police to the scene. The cameras collect suspect vehicle leads at the perimeter and deliver them in a simple, map-based view to aid in police investigations. 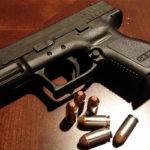 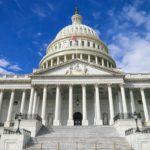