POUGHKEEPSIE – Thirty-year-old John Vanleuven Jr., was sentenced to 10 years in state prison after an incident in which he almost killed a Town of Poughkeepsie police officer by dragging him with a stolen car during an extended crime spree on March 15.

The full account of the incident can be found here.

Vanleuven, who has already served time in prison for possession of a forged instrument, will also serve five years of post-release supervision, according to Dutchess County Court Jessica Segal, who sentenced the man on Thursday.

Assistant District Attorney David Kunca, who prosecuted the case, was frustrated by the potential seven- year sentence he could have received in exchange for Vanleuven’s guilty plea.  Kunca noted that Vanleuven, who recently overdosed in the Dutchess County Jail, had written a letter to the judge last week, and Kunca took issue with it.  “In his letter, he said he didn’t intend to hurt anyone,” to which Kunca implied it was a lie.  The prosecutor said that officer Vandewater was hanging onto Vanleuven through an open door of the stolen car as the suspect fled.  “He (Vanleuven) floored the accelerator and never hit the brakes, even while the officer was holding onto him.”  In asking for the maximum 10-year sentence on the attempted assault charge, Kunca said, “He’s been shown enough consideration already.”

Vanleuven, a known drug addict, spent two weeks in a coma at the hospital after the wreck.  His attorney noted that hospital toxicology results indicated a “virtual smorgasbord” of illegal drugs in his system.  Vanleuven spoke at sentencing saying, “There’s so many people that my crimes and my addictions have hurt,” adding “I’m sorry.”

Judge Segal, in handing down the sentence, told the defendant, “Your drug addiction has caused chaos all over Dutchess County. I have an obligation to keep the residents of Dutchess County safe for as long as possible.”

At the time of his March 2022 arrest, Vanleuven had been arrested nine previous times by the Town of Poughkeepsie Police between July of 2021 and March of 2022.  He also had an active arrest warrant for burglary and bench warrants for robbery and petit larceny.

Vanleuven’s list of open cases when he was arraigned in April of 2022 were all covered in exchange for the guilty plea to attempted assault.  Those cases are listed below.

The open cases from the Town of Poughkeepsie Police included: 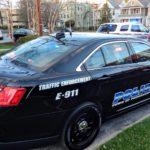 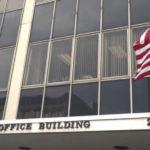 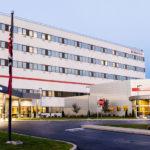 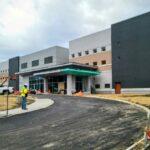