Bridge tolls to increase on May 1st

HIGHLAND – Tolls on the five bridges in the Hudson Valley that cross the Hudson River will be increasing at midnight on May 1, 2022.  The new rates are part of the New York State Bridge Authority’s (NYSBA) four-year, phased-in toll revision that was initiated in 2020.

As part of the Authority’s recent conversion to cashless tolling, all tolls are paid through E-ZPass or
Tolls by Mail NY.

The new rates are the third phase of a four-year, phased-in toll revision on the spans operated by the Bridge
Authority. Starting in 2020, the Bridge Authority began an incremental increase in toll rates on May 1 of each
year, with the final phase set to take effect on May 1, 2023.

Passenger cars with E-ZPass, which make up the majority of customers, see an increase of $0.10 each year during the toll revision. The new toll rate schedule was approved in early 2020 after a lengthy public review and regulatory process.

“The Authority receives no operating funding through state or federal tax dollars, with nearly all of its revenue
coming through tolls. Tolls are reinvested back into capital improvements on the Authority’s spans, ensuring
these critical pieces of infrastructure can continue serving the Hudson Valley for decades to come,” NYSBA said in a press release.

Most notable among these projects is the replacement of the deck on the north span, carrying westbound traffic, of the Newburgh-Beacon Bridge, which is approaching its final stages and expected to be substantially complete by fall 2022.

In March 2022, the Authority completed its transition to cashless tolling with motorists now passing under cashless tolling gantries at each bridge. E-ZPass users have their tag read by sensors; all other vehicles have a photo taken of their license plate and a Tolls by Mail NY invoice sent to the registered vehicle owner’s mailing
address. 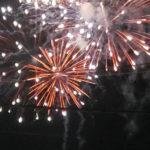 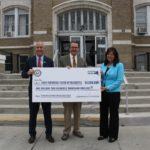 Florida man arrested for stealing over $130,000 from non-profit while CFO 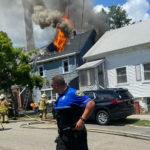