Dr. Minosca Alcantara is replacing Maureen Coleman, who was appointed executive director of the authority in July of 2021.

Alacantara was nominated for the position by Governor Hochul and confirmed by the Board of Commissioners to serve as the chief operating and executive officer of the Hudson Valley-based public benefit transportation authority.

NYSBA Board Chairwoman Joan McDonald said, “with her experience in civil engineering in both the public and private sectors, as well as her passion for the STEM fields, Dr. Alcantara brings unique qualifications to the table and will be an invaluable asset to the Bridge Authority and the people of the Hudson Valley.”

Prior to her appointment at the Bridge Authority, Dr. Alcantara was chief of capital project scheduling at MTA Construction & Development.

She is an experienced civil engineer with expertise in large, urban project and construction management. Dr. Alcantara has worked as a lead cost/schedule engineer in a variety of projects involving architectural, infrastructure, and wastewater management locally and internationally.

In June 2021, she was appointed to serve as a commissioner to the Equal Employment Practices Commission for the City of New York.

She is currently a board member at the Summer Science Program  and Hudson River Community Sailing programs.

Alacantara holds a BS in Civil Engineering from the Universidad Nacional Pedro Henríquez Ureña, an MS in Construction Management from George Washington University, as well as EdM and EdD degrees from Columbia University. She is the mother of three, who all followed in her engineering footsteps.

The vacancy that Alcantara is filling was created when Maureen Coleman left the position when she was appointed president and CEO of the New York State Environmental Facilities Corporation.  Coleman replaced Acting Executive Director Tara Sullivan, who resigned during an investigation into her role in the placement of hidden cameras in an NYSBA building.

The NYSBA operates the five Mid-Hudson River crossings as well as maintains the superstructure of the Walkway Over the Hudson, and is in the midst of a major rehabilitation of the Newburgh-Beacon westbound span, and implementation of the cashless tolling system on all of its bridges. 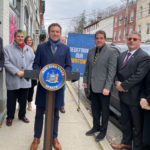 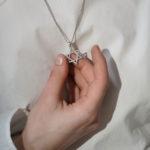 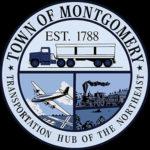 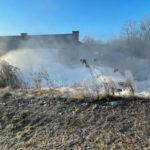