PORT JERVIS – The fire that left three tenants displaced Sunday evening in Port Jervis rekindled in the early morning hours of Monday.  First responders again doused the flames on the 72 East Main Street structure, which has been deemed a total loss.

Several collapsed areas and a shell of sections of the burnt home remained on Monday. The building is set to be demolished this week, after asbestos abatement.

Mayor Kelly Decker confirmed on Monday evening that the common council deemed the structure as unsafe, as per a report from the city’s building official’s office. Decker said the city is working with the property owner, who was present at Monday evening’s meeting, and the entire building will be torn down this week.

Port Jervis Fire Chief Dominic Cicalese said on Monday that when units arrived on scene Sunday evening, they immediately encountered heavy fire coming from the basement and rear of the building.  Despite a prompt response and good initial stop, heavy flames spread quickly and kept firefighters very busy throughout the evening.

“The fire started in the basement, and spread straight up, through void spaces in the walls and floors that stretched straight up to the attic. Due to the age of the building, those spaces could have possibly been a dumb waiter or laundry-shoot, which was typical for buildings constructed at that time,” Cicalese said.

What was first reported as heavy smoke by a tenant who called 9-1-1, became very dangerous at times for firefighters battling heavy flames and collapsing areas throughout the structure.  Cicalese said a command decision was made a one point to issue an ‘urgent message’ calling for interior firefighters to start getting out of the building.

“It is very difficult to fight a fire in old balloon frame structures, like this one. They’re no longer built that way.  It was almost impossible to save this building because of all the voids in the walls and floors,” the chief said.   “We made the decision to get our firefighters out of the building, and just a short time later the top of the building collapsed into the rear second floor.  Three to four firefighters had been working in that area, and if that command decision had not been made to exit, it could have been a different story.”

While the building is now slated for demolition, its actual age and history are a bit unclear.  Orange County’s official records list the 72 East Main Street residential house as having been built in 1940.  However, the Port Jervis Assessor’s office records date to 1870 construction.  This date matches Minisink Valley Historical Society’s Building Structure Inventory from Division for Historic Preservation New York State Parks and Recreation initial construction date as 1860-70.

The home’s original owner was Martin D. Graham.  Graham and his wife Sarah Ridgway Graham, originally from Pennsylvania, had eight daughters and built the East Main Street house as their home after moving to Port Jervis in 1859. Graham became a prominent local businessman and involved community citizen.  He died in 1898, and the home was listed in the 1903 Atlas as belonging to Sarah J. Graham.  Other owners have included George Kingston, Ast Construction Company, and most recently Red Knight Real Estate and Partners IV LLC, of Newark, NJ.

None of the tenants were injured. One dog was rescued, and a gray cat belonging to a ground floor tenant remains missing.
One firefighter was taken to the hospital as a precaution.

The cause of the fire, not suspicious in nature, had not been officially released as of Monday evening. 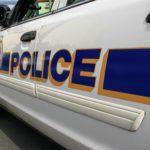 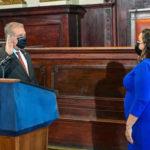 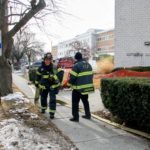 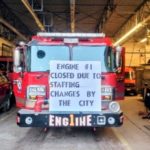 City plan reducing staffing at FD backfires on day one