WHITE PLAINS – Twenty-two-year-old Michael Jenkins was sentenced to a lengthy prison term for the murder of a man he planned to buy drugs from in May of 2020.  Jenkins, a Peekskill resident, was sentenced to a term of 25-years-to-life in prison for the robbery and murder of 27-year-old Emmanuel Jordan of Mohegan Lake.

Westchester District Attorney Miriam Rochah issued a statement on Wednesday, announcing the sentencing of Jenkins who was found guilty of murder, manslaughter, two counts of robbery, and two counts of criminal possession of a weapon, on September 10, after a three-week jury trial.

The November 18 sentencing was handed out after the judge heard from the victim’s mother.  “I am repulsed, enraged, and will forever be hurt that you, Michael Jenkins, walked up to my son and shot him in cold blood. You have scarred me, my family, friends, and a community where my son was born and raised. You are a disgrace and a danger to our society,” the victim’s mother said.

According to DA Rochah, Jenkins met with Jordan on Paulding Street in Peekskill to purchase narcotics in May of 2020.  During the illegal consumer transaction, Jenkins shot Jordan multiple times in the legs and chest, robbed him, and fled the scene. The shooting, according to Rocah, occurred on May 8, 2020, at 6:05 p.m.

On May 9, 2020, at approximately 3 a.m., Peekskill Police found Jordan unresponsive inside his car. Peekskill Police, with assistance from the District Attorney’s Office High Technology Unit, investigated the shooting and arrested Jenkins later that day. 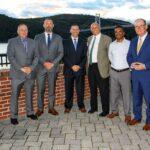 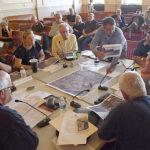