POUGHKEEPSIE – Dutchess County Republican Election Commissioner Erik Haight is seeking to have his Democratic counterpart Hannah Black charged with a felony for election fraud and wants Democratic elections attorney Michael Treybich suspended over handling ballots from the Town of Stanford.

Haight issued a statement on Monday regarding the canvassing of 80 absentee and affidavit ballots from Stanford voters last week.  During the recount, the GOP challenged seven of the ballots and the Democrats objected to the counting of five ballots for various reasons.  The Republican candidates have conceded to their opponents.

Treybich, responding to the GOP commissioner’s request for suspension, said “Haight’s press release is nothing more than political theater designed to preserve his job since it’s in jeopardy because he lost every election case brought against him by the Democrats this year.”

The opening of the ballots is to be decided on by Dutchess County Court Judge Edward McLoughlin on Monday, November 29.  Haight says that the five ballots objected to cannot be opened by him without Commissioner Black’s agreement.  Revealing the identities of the voters, Haight said, “The ballots of Mark Colman, Haley Strang, Heather Hanley, Janet Dillinger, and David Tetor are lawful and must be counted,” and said Commissioner Black ruled to discard perfectly valid absentee ballots, in violation of the law.

Tetor is the former GOP town supervisor in Stanford and his absentee ballot was challenged by Democrats because the handwriting on the ballot did not match the handwriting sample of Tetor.

“Black should be prosecuted and removed from office while Treybich should be suspended from practicing Election Law,” Haight said.

“The only thing that Commissioner Haight’s histrionics is going to expose is what a hypocrite he is,” Treybich said.

The attorney claimed that Haight’s news release omitted important facts.  “As a local election attorney, I’ve personally witnessed Haight’s attempted suppression of the votes of dozens and even hundreds of Democratic voters. The difference is that those objections were made by Republican candidates.”   Here, five absentee ballots were objected to and set aside for review by the court on December 7 while the Republicans objected to seven in this case with Haight’s consent and he curiously doesn’t mention in his press release.” 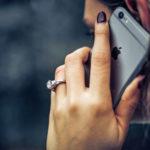 Attorney general takes steps to crack down on rampant robocalls 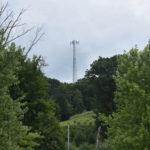 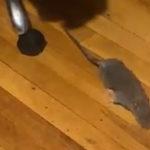