Letter to the Editor: DenDanto should resign

I’m appalled by the recent story that was reported in the Mid-Hudson News of the hostile workplace and harassment complaint against Frank DenDanto, Town of Wallkill Supervisor. I’ve been a resident of the Town of Wallkill for over 50 years. I’ve never heard of previous supervisors in the Town of Wallkill behaving in such a disrespectful manner that bully and harass staff. That is no way to conduct town business and to be in public office, as Governor Hochul laid out in her recent remarks.
Unfortunately, due to his behavior, the taxpayers of the Town of Wallkill will be responsible for paying the settlement. I’ve heard that staff morale of town employees is at an all-time low. I commend the bipartisanship of council members Mr. Eric Valentin, Mr. Mark Coyne, and Mr. Eric Johnson who’ve called for Supervisor DenDanto to resign due to his behavior. I condemn Councilman Mr. Neil Meyer for not speaking up against Supervisor DenDanto’s behavior. It appears that he doesn’t care about conduct towards women in the workplace, and therefore he shouldn’t be a town councilman.
I urge my fellow Town of Wallkill residents to go out and vote for Mr. George Serrano for Town of Wallkill Supervisor and Mr. Dennis Hayden for Town of Wallkill Councilman, Ward 3, and the three bipartisan incumbents, Mr. Eric Valentin, Mr. Mark Coyne, and Mr. Eric Johnson. All of these gentlemen are well-mannered and respected and will collectively work for the betterment of our community.

Middletown, NY 10940
The opinions expressed belong to the author and do not necessarily represent those of Mid Hudson News. 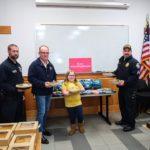 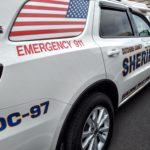 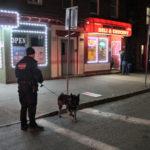 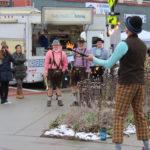