PORT JERVIS – Three friends, a fishing boat, and time together in Alaska. That exact scenario was nothing new to Michael (Mickey) Anthony Hunt, Sr., of Milford, PA, who enjoyed spending time with family and friends at his rural Alaskan get-away home.  This was the setting for the three men when tragedy struck suddenly, just before their planned return trip back home.

Hunt had spent several weeks at his Yakutat, Alaska home with Richard (Dick) Kowal of Port Jervis, NY and Douglas W. Koehn of Courtland, VA.  Hunt, Kowal, and Koehn were among the estimated 17,000 fishing enthusiasts who travel annually to the small Yakutat village of 600 for peak Coho “Silver” and Steelhead “ocean trout” salmon fishing at this time of year.

The three were out fishing on Alaska’s pristine Situk River last Friday morning, September 24. While navigating the narrow, winding, log-filled very cold waterway near Yakutat, their boat flipped on a log jam typical to the river. Koehn was in the middle of the boat and able to free himself.  He was attempting to swim and seek help when he was spotted by passing boaters and rescued. Hunt and Kowal, who had become trapped below the surface, lost their lives.

Yakutat Police Chief James Capra said his department received a report of a boating accident with three people involved during high water on the Situk River last Friday morning.  He said two men in another boat had attempted to free Hunt, trapped alongside the boat, but were unable to extract him. He was recovered later that morning, about two-and-a-half hours after entering the water.  The boat was also removed from the log jam and river.

“A second boat found Mr. Koehn down river and drove him nine miles to town. He was cold and wet but not seriously injured,” Capra said. “Mr. Koehn told us he had been in the middle of the boat and was able to free himself and try to swim for help, but quickly realized the water was too cold.”

Kowal was found behind a log jam downstream at about 4:30 on Monday.

“We used underwater cameras, probes, and other searching means but until the water level and flow dropped, we were unable to find him,” Capra said.  “I was planning to call for search dogs, just as he was located.”

Capra said it had been raining hard for a few days, making the water level rise suddenly, flow faster, and become much more challenging.  He said Koehn said they may have misjudged the speed and current in trying to turn their boat around on Friday morning.

“It rose overnight to more than double and would have been a completely different experience than even the day before,” Capra said.  “It went from 500 cubic feet per second to a little over 1100 overnight, and then back down to 530. That is not uncommon for September.  Once it went back down, we were able to find Mr. Kowal.”

Capra, who was on scene all four days of the search and recovery effort, expressed the deepest sympathy of his department, Yakutat’s mostly all-volunteer rescue team of about 50, and the residents of the village. He said many in the village, including fishing lodge owners, knew Michael Hunt, Sr. from his more than 25-years of visiting the small, close-knit community.

“The Yakutat Department of Public Safety would like to thank the volunteer community, Alaska Department of Fish & Game, US Forest Service, Glacier Bay National Park and Preserve for their help in recovering Mr. Hunt and Mr. Kowal,” Capra said. “Mr. Koehn, the Hunt Family, and the Kowal Family all expressed how much Yakutat means to their families and especially what it meant to Michael Hunt, Sr. and Richard Kowal.  The Yakutat Department of Public Safety sends their deepest sympathy and condolences to the Hunt, Kowal, and Koehn Families as all three were close friends and frequent visitors to Yakutat.” 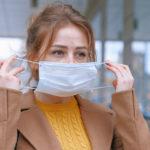 Another 21 area residents die of COVID-19 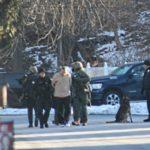 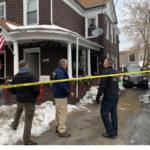 Overnight fire in Port Jervis could have been deadly 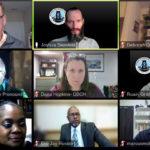