PORT JERVIS – Two families were displaced from a Port Jervis multi-family apartment house at 39 Owen Street on Thursday evening when fire broke out in an upper area of the house.  Some of the residents in that upstairs apartment were at home but unaware of the fire until a neighbor around the corner on Hammond Street noticed thick smoke coming from the roof and called 9-1-1.

Several of the neighbors said they yelled to the family that there was a fire, and to evacuate.

Port Jervis Police Department units arrived quickly on the scene, along with the fire department.  Sgt. Robert Card, one of the first police officers to arrive, immediately deployed two Stat-X aerosol fire suppression devices.  He said he was amazed at how effective they were in quickly suppressing the fire.

Fire Department Assistant Chief Anthony Fuller said approximately 35 firefighters were on scene. A hand line was used to extinguish the fire, which was knocked down within 15 minutes.  Following overhaul, all units were able to clear the scene in just over 90 minutes. The cause of the blaze remains under investigation.

One of the tenants in the upper story apartment said the rental house has had continual unresolved problems.  She noted issues with rodents and electrical malfunctions.  She tearfully said she had reported electrical problems again that day, both to her utility company and to her landlord.  She said half of the apartment’s electricity had been out all day. She said when she attempted to flip switches to reset the electric, the switches immediately flipped out again.

“My landlord always has an excuse.  He’s an absentee landlord. He says he will be there to fix things, but he’s not.  There are only two switches to our apartment, and burned-out outlets.   There are rodents and a big hole in the kitchen floor.  We heard noises in the ceiling, which was the fire, but we thought it was the rodents,” said Solvi Colon.  “I texted my landlord that the house was now on fire, and he texted me back that he was sorry there was nothing he could do because he was in Ecuador.”

Colon said she has reported issues in the house throughout the 10 years she has lived there, but rarely have any been fixed.  She said her family is hoping to find another place to live. 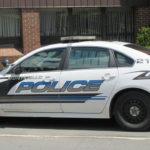 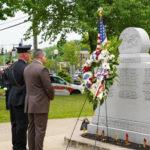 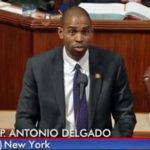 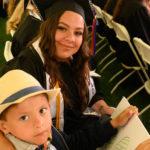